VPN stands for “Virtual Private Network,” and while different VPN services have different features, they drastically increase your anonymity and, perhaps more importantly, security while you use the web. Here’s the gist of how they work:

A network is just a bunch of computers that are able to communicate with each other. VPNs provide a separate network to use to browse the web so that your data can is encrypted and funneled through proxy servers to mask your identity.

First, your data is assembled into packets. Then its wrapped up in a sort of digital envelope. However, that “envelope” could still potentially be opened and inspected by others.

That’s why VPNs use data encryption to protect your data “packets” from prying eyes including hackers, thieves, snooping government agencies, and Internet Service Providers (ISPs). The effect is that your web activity is routed through a server in another state or country to conceal your identity, and is protected from thieves and snoops via encryption. 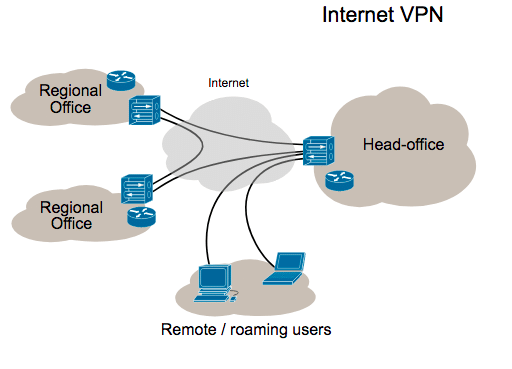 Many newcomers to VPNs assume they’re only useful for criminals, illegal downloaders, and people with “something to hide.” However, as we’ll explain next, they are a fantastic tool for making your online activities more secure almost regardless of what you’re doing.

Most preppers are rightly concerned with all kinds security, such as protecting their food stores from thieves and their property from invaders. But for the modern prepper, digital preparations should be just as high on the list as physical ones.

VPNs allow you to use the web privately. In a world of hackers, malware, NSA surveillance, and data mining, your security on the web is critical.

Imagine this scenario: an online thief hacks your computer and begins monitoring your web activity. They see you posting questions and advice on prepper websites which reveal you have a very large stock of emergency food, buried gold, and other supplies on your property.

They then dig around and find enough of your social media and other accounts to determine your name, and then use online tools to find your address. Now that you’ve been exposed as a well-stocked prepper, they assemble a team to go steal as much of your hard-bought supplies as they can carry.

With a VPN, it could all have been avoided. 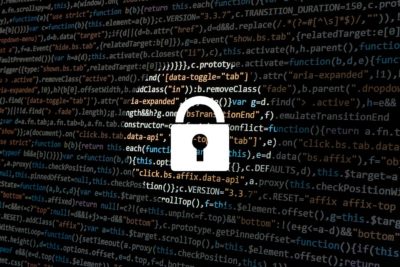 While it isn’t a good idea to post anything online connecting your personal identity to details on your preps to begin with, a takeover of your computer with malware or other methods could make it relatively simple for hackers to figure out who you are and what they can steal, whether it’s opening a loan in your name or a heist of your survival supplies. VPNs can protect you from any variation of that scenario.

In addition, ISPs collect an enormous trove of data from their customers, without a whole lot of information as to just how much they collect, how long they keep it, or what they do with it. Given scandals like the recent Equifax hack, the data collected by ISPs alone is good reason to browse anonymously with a VPN.

Security and privacy are even more important in a collapse scenario where it’s still possible to get online. Authoritarian governments that restrict web access give us many examples from around the world: activists, journalists, and citizens can bypass draconian control over their web access by using a VPN to route their data through a server in another country.

A journalist in Saudi Arabia, for example, could use a VPN to mask and funnel their traffic through a server in Norway. This would allow the journalist to access the websites of human rights organizations that are blocked by the Saudi government and report their findings to the world.

Other Uses: More Bang for Your Streaming Buck

In addition to being a great security tool for the digital prepper, connecting to the web through a VPN also gives you access to vastly more content from streaming services like Netflix and Hulu. Since VPNs allow you to browse through servers in other countries, you can access an enormous trove of content that isn’t available in your home country. 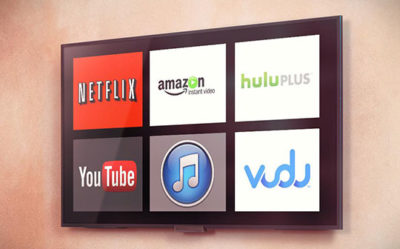 Note that some servers will cause a “proxy error,” which means the streaming service detected that you’re trying to connect from a server identified as an unauthorized proxy. However, a bit of web searching will allow you to find VPNs offering servers that haven’t yet been blocked. In the meantime, streaming services are playing a game of whack-a-mole trying to figure out which servers are VPN proxies as more and more servers are added by VPN providers.

What to Watch Out For

When doing your banking online, logging in from a VPN will make it appear as if you are trying to log into their online banking system from an unusual location. This may prompt your bank to lock your account for fear that unauthorized parties are trying to access your money. Since bank websites are heavily encrypted and rely on knowing it’s really you when you log in, using a VPN isn’t advised.

Another consideration: a VPN is only as safe as the servers provided by the company, so if their servers are compromised by hackers, all the data funneled through them could be exposed. Thankfully, there are lots of reviews from long-standing magazines like PCMag.com that list the top VPN services vetted by editors for safety, security, speed, ease of use, and other factors.

You should also be wary of “free” VPN services. First off, your connection speed can slow down while using a free VPN due to there being much more limited bandwidth. In other words, as the severs get more crowded, connection speeds slow down. Paid VPNs allow for faster speeds because they offer many more servers to connect to. If one server becomes slow, you can just switch to a different one.

Free VPN services also tend to not be as secure, which could potentially defeat the entire purpose of using one to begin with. An important adage to remember with regard to online services is, if they’re “free” – think Gmail, Facebook, and YouTube – then you are the product. That means you are being served ads and that your data is being harvested and sold to bring in revenue. It’s a 21st-century example of the old saying, “No such thing as a free lunch.”

Hackers could even set up a scam “Free VPN” wherein users think they’re getting a free VPN service, but they’re really connecting to a compromised network controlled by cyber thieves to steal their sensitive information. 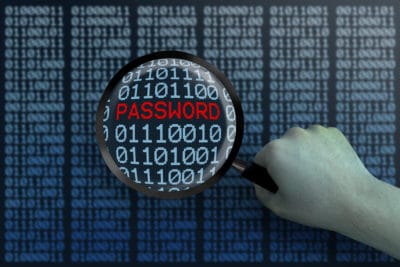 Lastly, VPNs are still just computers, and could potentially be hacked, compromising anyone who connects to them. Therefore, you should ask yourself if any free VPN service will have the same level of security as one that charges money and has a long list of happy customers. Since paid VPNs are extremely affordable – I paid just $48 per year for the one I use – it’s more than worth it for the security, speed, and anonymity they provide.

One thing to avoid is being logged into accounts like Gmail, Yahoo, Facebook, or other services while you use a VPN. As long as those accounts are logged in, those services have a way to associate your connection with your identity, potentially compromising your anonymity.

Since these sites can mine your data as long as you’re logged in, you should be sure to log out before closing the window even if you aren’t using a VPN.

Collapse SOS: Network, Barter, and Call for Help Securely With a VPN

In a situation like a financial collapse that leads to authoritarian crackdown, secure and anonymous web access could allow you call for help, report human rights abuses, network with activists and members of your community, organize trades and barter beneath the radar of a draconian government, and more. In a SHTF scenario, being able to organize online with trusted neighbors and others in your prepper network could make all the difference.

In other words, a day may come where you find yourself in a place where secure, private web access becomes a genuine matter of survival.

7 Ways to Rekindle the Quest for Truth

Dealing With The S In SHTF

One Response to “VPNs for Survival: When It Comes to Prepping, Don’t Neglect the Digital”