Early in 2014, I was contacted by Richard with regard to his novel Leaving the Trees.  To be honest, I am contacted by a lot of authors and as we initiate our correspondence, I never quite know where the conversation will take us. 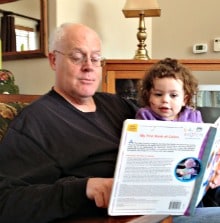 Serendipity must have been working hard back then, because the conversation continued and evolved into my hosting a number of “think pieces” that were crafted for Backdoor Survival and our prepping community.

Here is some information about Richard.

Richard resides in Bozeman, Montana and teaches at the Montana State University Jake Jabs College of Business and Entrepreneurship.

He frequently writes articles on resilience and survival. During his career he has over fifty articles, interviews and major presentations including in the New York Times and Washington Post. His novel, LEAVING THE TREES, was published in July 2013 and is a fictional account of how the cyber threat could destroy the global financial markets and the likely aftermath.  The sequel, GOOD CRAZY, was published in November, 2014.

He joined the U.S. Army at age eighteen with a high school diploma and then spent the next twenty-seven years in military service going from a Private to a full Colonel. By the end of his military service, he had earned his Bachelor’s Degree and two Master’s degrees. The military was followed by almost nineteen years as a businessman, mostly on Wall Street.

He also had the extraordinary good fortune to be asked to serve on the White House staff for two Presidents of the United States, Ronald Reagan and George H. W. Bush as a member of their National Security Council staff on their crisis management team. During this period he also spent a great deal of time studying and learning about the many threats facing the United States and what measures need to be taken for our survival as a nation if the worst ever occurred.

Retiring from the military, and given the increasing threats facing all of us, he became a management consultant to both the government and commercial businesses, helping them plan for the resilience of their enterprises. He was privileged in November 2012 to deliver to the faculty and students at Montana State University, the David B. Orser Executive Lecture. His topic was: “Managing Risk in the New Operating Reality.”

He is now living in a small community in Montana ,and is a member of the faculty at Montana State University where he teaches leadership.  When he is not writing or teaching, he takes pleasure in all that Montana has to offer with his wife of forty-five years, Pam, and their golden retriever, Molly.

I am so very pleased that Richard will continue to bring his insight and thought-provoking wisdom to both our BDS family and to me personally.

Below you will find think pieces contributed to Backdoor Survival by Richard Broome.