Author and Friend of Backdoor Survival

One of the joys of being a part of Backdoor Survival is that I have an opportunity to meet with many wonderful people.  I have gotten to know a number of readers, fans, authors, and sponsors who converse with me frequently by email and Facebook chat. It is all good and I learn a lot from each and every one of them. 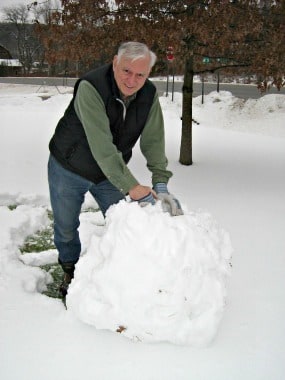 One of those folks is Ron Brown, a retired engineer and author who has been my technical go-to in many of the articles here on BDS.  Being the kind of guy he is, when I told him I wanted to put up a page featuring him and his books, he scoffed.  Long story short, I did it anyway!

At present, Ron has eight books for do-it-yourselfers. One of the best is Book 7: Propane for Preppers (The Non-Electric Lighting Series).  If this sounds familiar, you are right, it is familiar.  This book is based upon the exclusive series Ron wrote for Backdoor Survival Propane For Preppers.

One book that should be on everyone’s bookshelf is The NEW 2000-Hour Flashlight.  I did some testing during the writing of this book and Shelly actually contributed a bit of know-how in one small section.  Flashlights will give you detailed instructions for adding a cheap resistor to a cheap flashlight and create a light that produces useful illumination for 2000 hours on the same battery. Now how cool is that?”

Next are the eight books in his Non-Electric Lighting Series.I wrote the foreword in most of Ron’s books and what can I say?  All are recommended.

All of Ron’s books are available in both Kindle and print format.  They are well priced (cheap!) and in my not-so-humble opinion, worth double the price.

Thanks, Ron, for all that you do for me and as a friend of Backdoor Survival!