When it comes to survival, there are lots of myths about various do’s and don’ts that are, unfortunately, completely inaccurate.

Despite being completely debunked, some of these myths have become embedded in the minds of many people who, innocently, don’t know enough to separate myth from reality. And the reality is, some of the most common misconceptions about survival could literally get you killed.

From foraging to animal attacks, wilderness medicine, and beyond, there’s a myth that could get you killed that relates to almost every different aspect of survival.

Some of these you’ve likely heard before, and some you might have believed yourself. But to make sure you don’t fall victim to incorrect advice, or spread it on to others, read on for some of the most common and dangerous myths about survival.

Watch what berries the birds and other animals eat – that means they’re edible, and you can eat them too.

This one is a classic that I have heard time and time again…and also happens to be completely, dangerously incorrect. We don’t have the same digestive system as birds and rodents, so we can’t just watch them and then eat the same berries, mushrooms, and plants that they eat. 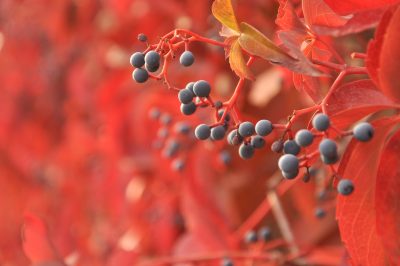 Pokeweed berries, for example, are poisonous to humans, but are a tasty treat for all kinds of birds. Mimic your flying friends by munching a bunch of these down, and you’ll be very sorry.

The fact of the matter is, different animals adapted to consume different substances, and our human bellies can’t necessarily handle the same wild foods as our feathered and furry counterparts. Some we simply can’t digest very well and will upset our stomachs, but others are extremely poisonous and likely to cause our demise once ingested.

After a snakebite, suck out the poison.

This used to be a common conception, but despite being disproven, it still persists as an old adage of wilderness medicine that continues to be believed by many.

I blame Hollywood cowboy westerns for causing this myth to become so deeply embedded in the collective consciousness, as it’s a common trope used in that genre. 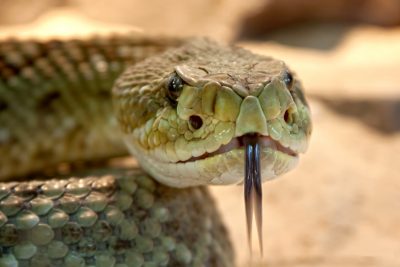 First off, sucking a snakebite spreads bacteria from your mouth into the wound. The pressure can also further damage blood vessels affected by the bite.

What you should actually do is clean the bite thoroughly, trying not to move around too much, and call 911. It’s also helpful to know what kind of snake bit you, as this will help the hospital know what type of antivenin you need.

Drinking your own urine is a good last-resort method for a hydration emergency.

You would think this myth would have died by now, but unfortunately, due to prominent “experts” such as former soldier and TV survivalist Bear Grylls, who like to very dramatically demonstrate the pee-drinking process (because it’s excellent television), the reality is that drinking your own urine causes you to re-ingest waste and salt, further dehydrating yourself.

You’re better off spending your energy finding and purifying actual water than sitting around chugging your own pee.

Running water is safe to drink.

Just because water is running, even trickling from an underground spring, doesn’t necessarily mean it’s safe to drink. All kinds of pathogens, heavy metals, and other contaminants can still exist in running water and make you very sick. 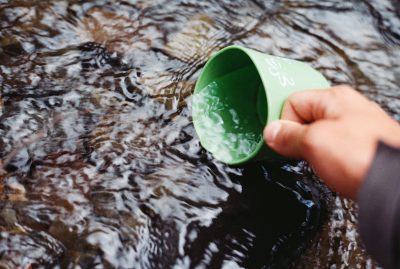 All water you obtain in the wild should be filtered and purified, either by boiling, with physical micro-filters, or through other methods.

Rub frostbite to warm the area.

Although rubbing cold hands together might be a nice way to warm them up, once your skin is frostbitten, it is severely damaged. At that point, rubbing the skin will damage it further and worsen symptoms, making it harder for the area to recover. 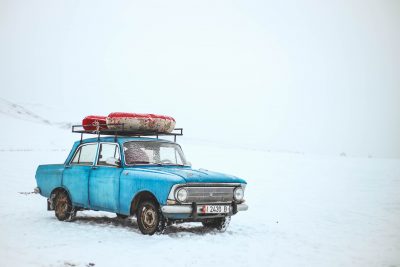 What you should do is raise the frostbitten body part to minimize swelling, and get to a warm area. Cover with a dry, sterile bandage to avoid rubbing, and find medical treatment as soon as possible. Don’t apply anything hot to the area, as you need your skin to return to normal temperature gradually.

Moss only grows on the north side of a tree.

This is another silly holdover from television shows, and all it takes is a glance at trees to see that moss grows on all sides of them, all over the place. Some people, however, still believe that you can find which way is north by looking at where moss grows. 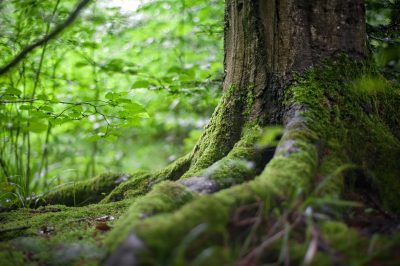 It’s nonsense, so learn how to find north in other ways, such as with the sun or stars, rather than by looking at moss growth.

In a cold-weather survival situation, eating snow will hydrate you.

Eating snow is a very hard way to hydrate. Not only does it take an enormous amount of snow to produce just a very small amount of water, but consuming cold snow when the air is very cold will massively increase your likelihood of catching hypothermia and freezing to death. 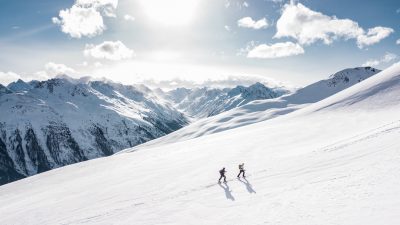 You can melt snow to drink it, but since it takes so much snow to produce a meaningful amount of water, you’re better off finding a stream or other water source.

If a bear approaches you, play dead.

While playing dead may be a good strategy if certain types of bears are already attacking you, in almost all cases, you want to make yourself known to the bear by making noise, and make yourself appear large by spreading out your arms or jacket.

Playing dead is a good way to startle the bear if it gets closer, or arouse its curiosity rather than cause it to run away.

If escaping a bear, climb a tree.

Bad news if a bear is charging you…you should stand your ground, make noise, and make yourself look big, preparing to fight, despite how terrifying it will be. Sure, if the bear reaches you and is determined to kill you, it probably will.

But by running, you activate its predator instinct, ensuring a fight, and since bears are excellent tree climbers, you won’t be even remotely safe by scaling a nearby tree to escape.

If you’re in a survival situation, food is your first priority.

The reality is, while food is critical, you can survive for weeks without it. The same can’t be said for water, which you have a very limited window to find before you perish due to dehydration. You also have a good chance of dying quite quickly from exposure without any kind of shelter.

Therefore, water and shelter are your first priorities in the vast majority of survival scenarios. Once you have those settled, you can focus on food.

Suck a stone to hydrate yourself.

The idea behind this myth is that sucking on a pebble will induce salivation. While this might prevent your mouth from getting as dry, all this does is cause you to secrete water that was already in your body in the first place. There’s zero survival benefit whatsoever to this practice. 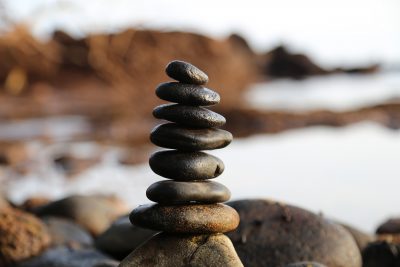 If lost in the desert, cut open a cactus to find water.

Sure, some species of cacti can provide a bit of water if you cut them open. However, most cacti do not contain liquid that you can drink, and can make you very sick. Unless you know exactly what you’re looking for, the ole cactus trick is mostly fiction.

Jump into water to escape from bees.

You’re in the woods and accidentally kick a hornet’s nest, setting a swarm of angry insects on a mission to sting you silly. You might think jumping into a nearby lake is a good way to escape them, but they’ll just sting you when you surface again. 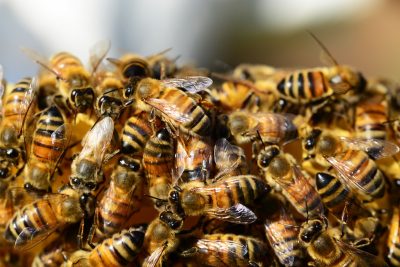 You’re better off just running away until you lose them or, better yet, finding a car or structure to seal yourself inside.

Wolves are aggressive toward humans.

Sure, wolf attacks happen – they’re wild animals, after all – but attacks are very rare. Generally wolves seek to avoid human contact entirely, and will run away at the first sight of people. 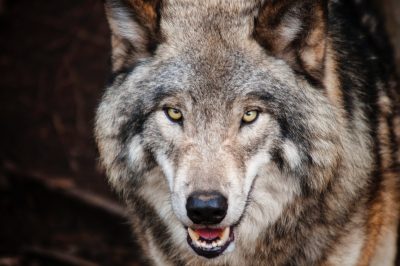 When they do attack, it’s usually because they’re sick, rabid, starved, or there are other extraordinary circumstances.

You lose the majority of your body’s heat through your head.

Don’t get me wrong – a warm hat or balaclava are great ways to help your body stay warmer in a wintry survival situation. But the old saying that you lost 75% of your body heat through your head just isn’t true. I’ve heard different numbers cited, from 50% to 80%, and all of them are made up! 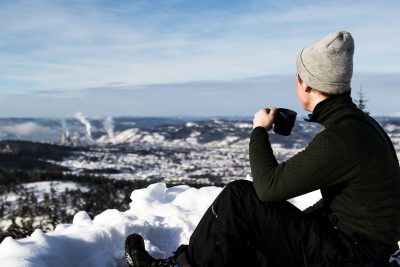 Alcohol will warm you up.

So your snowmobile breaks down in the wilderness, and all you have in your pocket, other than your wallet and keys, is a flask of ultra-potent moonshine. Drinking it will warm you up, right? Wrong. 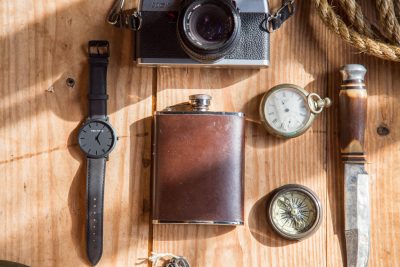 Sure, it will make you feel warmer, but your core body temperature is actually likely to be reduced by consuming alcohol.

Drinking it will increase your chances of dying from hypothermia and exposure. If you need something to help you help start a fire or clean a wound, that’s probably a better survival use for your high-octane booze.

Hopefully, many readers will already know that these survival “tips” are dead-wrong—literally, as following them can get you killed. But there may be some myths that you weren’t aware of.

Either way, as preppers, it’s critically important that we are able to separate survival fact from survival fiction, and stay realistic about the situations we may find ourselves in. One day, your life may even depend on it!

Best Uses of Diatomaceous Earth and Which Brands to Buy

A Glimpse at Everyday Life Without Running Water

15 Responses to “The Most Dangerous Common Survival Myths”