In the Parkland high school shooting in South Florida, just a few miles from my home, we saw the extremes of human fortitude in the persons of Coach Aaron Feis and Deputy Scot Peterson. Peterson, a trained security professional, stayed outside while a shooting was in progress in the area he was hired to defend. Feis, a man not charged with the safety of others, protected them with his body at the expense of his own life.

I have thought about the idea of courage often; my writings on disaster preparedness presuppose that a certain amount is necessary to be resilient in the face of adversity. Yet, can a person really know what they will do when faced with a decision that can cost them their life? 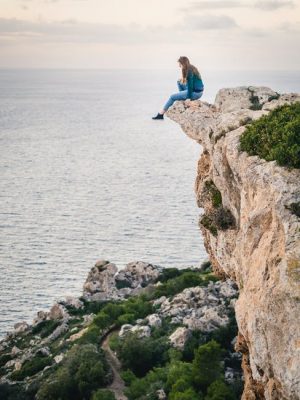 Some just naturally run towards the sound of gunfire, while others naturally run in the other direction. The Department of Homeland Security recommends going the other way in their “Run, Hide, Fight” triad for active shooter events. There are those, however, who will run towards danger. Many of these individuals are or were in the military, law enforcement, and fire/emergency services.

Examples might be hitting the beach on D-day, running into the World Trade Center on 9/11, or perhaps the nurse who ran into the building to help victims of the Oklahoma City bombing. In many of these instances, they knew they were in danger, but went above and beyond.

Courage takes other forms as well. If you were, for example, the first African-American student in an all-white school district during the civil rights era or the first woman cadet in a military academy, you’ll never have to prove your bravery and determination to me in any other way.

You might think courage is an inborn virtue, constant over a lifetime. I’m not sure about that. I, personally, was a fearful little boy, then became a (stupidly) fearless teenager. I eventually morphed into an average adult. Now, in my golden years, I may have more of a tendency to head towards the sound of gunfire; after all, what have I got to lose at this point? Sit me in front of a doctor telling me that I have cancer, however, and that might be a very different story.

Then there’s the fortitude it takes to re-invent yourself. I don’t consider myself to be particularly courageous. After I retired from the active practice of medicine, I was tempted to take up golf. It was something I had tried years before but was, frankly, terrible at. 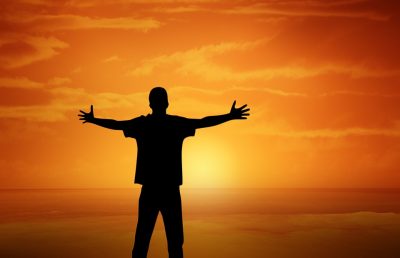 Instead, I decided, in the wake of Hurricane Katrina, to write a blog about preparedness. That led to writing books, podcasts, a YouTube channel, and an entirely different career all about teaching others to survive natural or man-made disasters.

It’s hard to teach courage, but you can foster motivation in people. If people are taught the importance of something, they might be more apt to defend it. Loving something deeply also gives you the motivation to be brave in its defense. I can’t think of something more important than the lives of our young people. Coach Feis realized this, and acted accordingly.

You might consider this foolhardiness rather than courage (Homeland Security does), but, where a gunman is concerned, you’re more likely to stop the killing by doing something other than laying on the floor in plain sight.

Speaking of fear, courage is not the absence of it, but rather, the overcoming of it. There is physical courage and there is moral courage. Our founding fathers were men of wealth and privilege, and it would have been very easy to support remaining a colony of England. But they realized the importance of freedom, and put their fates and fortunes on the line to bring forth a new nation. 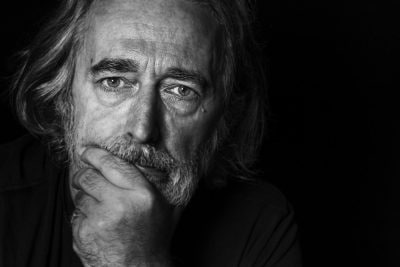 Activism is a form of courage, but courage is not just the act of speaking up; sometimes, shutting up and listening to opposing viewpoints takes fortitude as well. If more people would sit down and listen to each other, we might come more easily to agreement on a lot of today’s controversies. This takes more courage than keeping a closed mind.

If we are to be resilient in the face of adversity, it is courage, above all other virtues, that will make it possible. If we are to survive as a society, it will be because of the fortitude and strength of our citizens to pick up the flag, so to speak, and move forward. That goes for active shooter incidents and it goes for every obstacle you face in life.

About the Author: Joe and Amy Alton are the authors of the #1 Bestseller and 2017 Book Excellence Award winner in medicine “The Survival Medicine Handbook”.

Mirrors and Magnifying Glasses For Prepping and Survival

VPNs for Survival: When It Comes to Prepping, Don’t Neglect the Digital

How to Render Lard

How To Stay Alive In The Woods Book Review

10 Responses to “Reflections on Parkland: What is Courage?”