When it comes to SHTF scenarios, there are many myths about what the various stages of a post-collapse world would look like. Of course, there are different causes for collapse that would present a very different set of survival situations to contend with.

For example, a pandemic would make for a very different-looking collapse than a coordinated nuclear strike on major cities. While there are plenty of factors that would remain constant – for example, any crisis that severe would also come with an economic meltdown — better understanding what really happens in a SHTF situation will help you know how to survive if one should ever occur.

The situations that arise in each stage of collapse are very different. In addition, each type of crisis can happen with a huge range of severity. This article assumes that collapse is total, and very little remnant of our previous society exists.

So, here are some of the most common post-collapse myths that are all too easy to fall for:

You’ll Use Gold & Silver as Currency

Gold and silver are excellent hedges against inflation and other currency crises. After all, after 5,000 years, humanity has consistently returned to gold in times of economic devastation. Is it because gold is shiny? Malleable? In limited supply? Whatever the reason, humans have assigned great value to this metal and seems unlikely to change anytime soon.

However, in a total collapse, it doesn’t make sense that gold and silver would immediately become a widely-accepted new currency. First off, how many non-preppers do you know who own physical gold and silver? 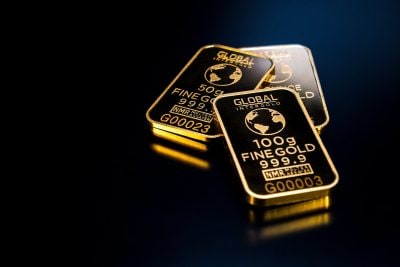 Second, in the early stages, mere survival will be much more important than establishing new mediums of trade. Therefore, you’re better off bartering goods like food, water filters, feminine hygiene products, and other universally-needed essentials than trying to convince a cattle-raising neighbor to accept a gram of gold in exchange for some meat.

More likely, gold and silver would start being used as currency once enough time passes that some semblance of a formal society has begun to take shape. It would have to be at a point when day-to-day survival is no longer as much of a struggle, and more advanced systems, such as currency systems, can begin to be established.

Innovations such as digital cryptocurrencies could theoretically allow for a faster return to a system of standardized money, but there is no reason to believe that electricity and web access would still exist in many of the theoretical disaster situations that could occur.

Your Guns Will Protect You if the Government Becomes Tyrannical

Many prepping and survival websites, especially those with hyper-masculine or militant bent, focus on the threat of violence after SHTF, whether from marauding neighbors or tyrannical governments.

I do believe personally that an armed populace provides some general deterrent to the emergence of full-blown government tyrannies. And while guns certainly provide protection against violent thieves and attackers, defending your liberty with your guns against the U.S. military simply isn’t realistic. 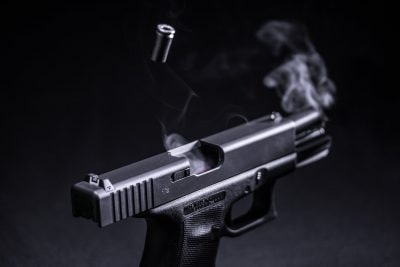 I don’t think it’s a good way to think about surviving in a real-world situation where the government has become so overtly totalitarian that troops are rounding people up.

For example, in a severe pandemic, one could imagine martial law being declared so that people could be forced into government quarantine centers, or forced to accept some kind of vaccine or treatment for whatever disease has been unleashed. Any attempt to fight measures like these with guns is more likely to get you vaporized by a drone than free from whatever the government is trying to force you to do.

Even if you keep a non-smartphone on hand, do you really think that networks will be available to send calls and texts? Executive orders signed under previous U.S. administrations allow the government, during an emergency, to seize control of cellular networks in the name of national security.

You’d be better off joining a community of CB radio devotees and getting your license, as these older forms of communication are more difficult to commandeer or shut down.

If You Have to Bug Out, You Can Survive by Eating Plants

As a passionate devotee of foraging, I’m all about learning as many edible plant and mushroom species as possible. Knowing how to eat and use edible and medicinal wild plants and mushrooms can make all the difference in terms of getting starches, minerals, vitamins, and medicine that you can’t get from other sources.

But with the caloric and protein needs of wilderness and SHTF survival, it would be difficult or impossible to survive on plants alone, even if you know all the edible ones in your area. Native American tribes foraged many wild plants for food and medicine but also relied heavily on hunting and agriculture. 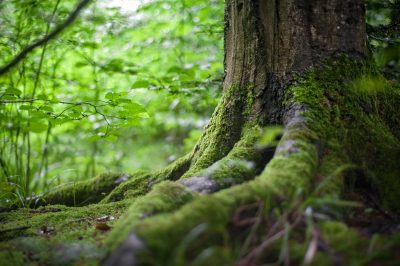 The irony of a vegan diet is that, while many enjoy feeling closer to the earth as one of the benefits of veganism, it’s the modern privilege of not having to fight for one’s survival on a day-to-day basis that enables us to be able to completely avoid foods like meat, fish, eggs, and dairy, and still fulfill our nutritional needs.

Whether you’re trekking through the woods to get to your hidden bug-out shelter or surviving on a farm in a remote area, you’ll probably have to abandon vegetarianism in the name of survival. And while those plants you can identify make fantastic much-needed additions to your diet, you’ll have to be able to hunt or trap in addition to foraging. If you can also find a way to grow food, then that will further improve your chances.

You Can Bug Out, or In, Indefinitely

Very few people are equipped for a truly long-term bug-out. You can prep and prep, but you can never prepare for every situation, much less ensure you can bug out to the extent that you start a semi-permanent new life.

This doesn’t mean you shouldn’t do your best, and finances are always a factor in terms of being able to afford what you need for a wide variety of situations, including long-term bug-outs, very few people would actually survive for an extended period if forced to grab a gear bag and run off to the woods.

Same goes for having to bug in. After all, you can only fit so many supplies in your own home, so your options for long-term survival end up being even more limited.

You Can’t Survive Without a Stockpile of Guns and Ammo

Don’t get me wrong: guns are an enormously helpful survival tool, both for hunting and defense. But there are plenty of situations where they would be useless, or where other supplies or traits would be much more helpful.

As mentioned above, a tyrannical government as technologically advanced as that of the United States would probably not be deterred by anything but the most determined and well-nourished guerrilla resistance.

In this kind of scenario, wits, people skills, and charisma would likely be more helpful.

Your Bug-Out House is Safe

There are lots of great reasons to prepare a bug-out property if you can afford it. But assuming this will protect you entirely is foolish. 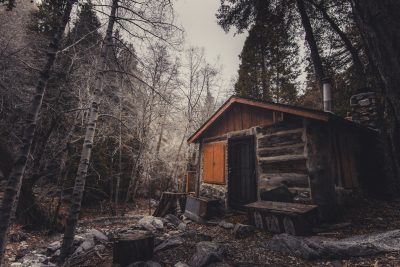 An important part of prepping and survival is to remain realistic, and from weather to pandemic to economic crisis, it’s important to remember that we all have holes in our plans. The best we can do is expect the unexpected, and prep optimistically based on that philosophy.

It’s Going to be Hard, But I’m Ready

Sorry to break it to you, but if we’re talking about a true SHTF collapse, the most realistic attitude to have calls to mind the saying, “I only know that I know nothing.”

Assume that you won’t be ready for every situation, and your mind will be more open as to ways your prepping strategy can be improved. When collapse arrives, maintaining morale is critical, but overconfidence can be deadly.

Understand that no prep, or plan, is perfect. But by remaining realistic about our limitations, and the near-endless variety of emergency situations that can arise, we can increase our chances of survival and remain on the best-possible footing if disaster ever truly strikes.

One need look no further to history’s real-life disaster zones, dictatorships, and economic collapses to begin getting a realistic idea of what life looks like in the early and middle stages of a systemic crisis. From the 2004 tsunami to the Arab Spring, from Hurricane Katrina to the Venezuelan economic meltdown, we have plenty of examples to draw and extrapolate from – if we take the time to study them!

The Most Dangerous Common Survival Myths

16 Responses to “What Really Happens When SHTF? Top Post-Collapse Myths Preppers Fall For”