When most of us think about being forced to live in our car we think about personal financial disaster. What if we lose our house and end up with only our vehicle to our name? Some might not think this is really a prepper concern– but it is.

You should certainly prioritize those disasters which are more likely to happen to you, and financial troubles come to everyone. It’s best to consider how to live in your car before you have to do it. 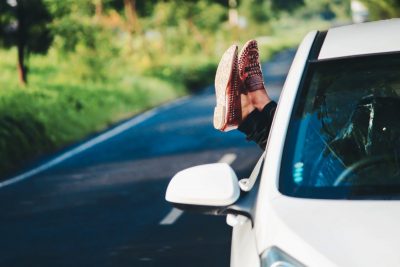 This article will also address two other scenarios.

We will not be covering the concerns you’d face if you were in a stranded vehicle.

The “Grey Man” strategy, or the ability to hide by not calling attention to oneself, is as essential strategy for living in your car. In most circumstances, its best if people don’t know that you’re living in your car, or at least don’t know where you park it to sleep or where your supplies are within the vehicle.

Consider this man’s story from the prepper subreddit. During the 2016 flooding in Louisiana he packed his supplies and family into his car and bugged out to a shelter. The shelter didn’t have any water or food, but did have more than 500 people.

He had to hide his supplies from desperate people and slept in his car instead of the shelter for further safety. His story also teaches us that even if you trust the people in your area, the government may bring vulnerable people to your area during a disaster. 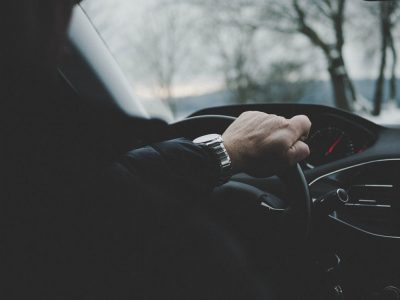 In order to avoid drawing attention to yourself, you’ll need something that can tint or completely cover the windows of your vehicle. At night especially, a vehicle with light inside or a pile of supplies will be conspicuous. And, if civilization is still around, you’ll want thick curtains to block out the light from streetlamps and other sources while you sleep.

You can use stick-on Velcro to secure a dark cloth to each window. Most tape doesn’t work well on the fabrics they put inside of vehicles, so try it first before you store it in the car. Some vans have curtain rods installed on the windows, and you can certainly install your own on the side and back windows. AnnaOutdoors says she ended up screwing in picture frame hooks to hang curtains on. Or, you can buy car shades.

Don’t tell anyone what you’re doing, especially if this is a crisis where people may try to steal from you. And, note that in some states it is illegal to live in your car, at least intentionally.

It’s not illegal to sleep in your car, so some people give the police an excuse, like they had a fight with their partner and needed space, to avoid detection. Obviously we would never advise lying to authorities, just understand that they will be suspicious of you, especially because people lie about it.

When you’re sleeping in the vehicle you are the most conspicuous and the most vulnerable. If they are still running, one of the best strategies is to park at a 24 hour store or business, where a car won’t seem out of place no matter the time. Hotels and campgrounds serve the same purpose. Some report that Walmart is okay with people sleeping in their parking lots, but that will depend on your area.

Do not park at schools, churches, or outside of other organizations who have either children to protect or a strong sense of community. They will notice you don’t belong. Also, don’t choose to just park on the side of a road or in a public park’s parking lot, officers may suspect you’re trying to pull off a drug deal.

If rule of law has collapsed you have more options but are in more danger. Do not park in areas that may attract thieves, like near stores, because they will be happy to steal from you too.

Instead, try to park in an area that isn’t visible from the street, or where it makes sense that a car may have been abandoned. Wherever you park, do not block yourself in, you want to be able to make a quick escape if someone tries to break into your vehicle. 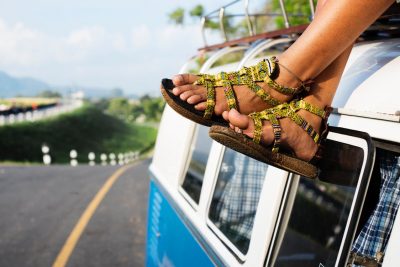 Choose to park at high ground when it’s raining or flooding. In cold and windy conditions, try to park up next to a wall to help keep the vehicle’s temperature up.

When you’re not sleeping, and civilization is still going strong, it makes sense to park outside of places where people are often waiting. Try outside of medical centers, pharmacies, restaurants that serve take-out, movie theaters, or large buildings where multiple businesses do work. People will assume you’re waiting to pick someone or something up.

If you’re a man, it’ll make sense to see you waiting outside of craft or clothing stores, people will think you’re waiting for your wife. If you’re a woman, auto shops and home improvement stores work for the same reason.

There are a few simple cooking methods you can use from within your car. An electric teapot will allow you to eat oatmeal, soup, and noodles. If you have a thermos, you can keep the meal warm for a long time. Some propane ovens, those meant for camping, may work in your situation, just don’t cook within the vehicle itself. If you have enough space and power, a microwave may work too.

When possible you’ll want to store non-perishable items that have as little smell as possible in containers within the vehicle. You want to avoid making the car smell, and in some situations you’ll want to avoid attracting the attention freshly cooked food can draw, both from people and animals.

It’s good to have a water filter with you even if civilization is running, so you can avoid spending money on water, or can make potable water from sources like campgrounds a little more appetizing.

That being said, you should have a supply of water, ideally in jugs, stored as back-up water in the vehicle. If you’re just buying a 24-pack of water bottles from the store, select some that have some air space, so they won’t break when frozen (assuming that’s a possibility where you are). 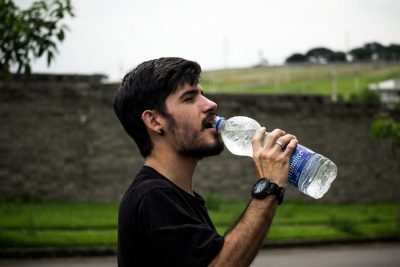 It may seem odd to list hygiene as the fourth concern you should focus on. But, it’s hard to keep yourself clean in your vehicle and disorganization, smell, and general dishevelment is a dead give-away that you’re living in your car, which you want to avoid at all costs. Having bad hygiene will also be a serious draw on your mental health, which you need to keep stable in an emergency situation especially.

If it’s a possibility, buying a gym membership that allows for shower access will making keeping clean a lot easier. Campgrounds also have showers you can use. If you can’t figure out a way to access showers, you will have to get into the habit of taking sponge baths, which also means you’ll need face cloths or sponges. 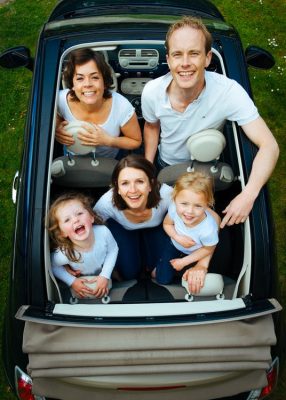 Many people who have lived in their car recommend that you never go to bed dirty, because it’s really hard to clean out the bed.

To keep the smell controlled in the vehicle, you’ll want to seal up worn clothing in a plastic bag or container of some sort. Otherwise the whole thing will smell. Periodically open the doors, weather and safety concerns permitting, for twenty minutes or so. An air freshener doesn’t hurt either.

You’ll also need to know where local public washrooms are, especially if you’re a woman. In areas where using a store’s washroom without buying something is frowned upon, use the washrooms of large stores, like a grocery store, where you won’t be noticed. If you’re in the woods, or male, you may also find use for a child’s training toilet and a few rolls of toilet paper come in handy.

Seeing as this is a disaster situation, you’ll still be stressed and emotional. So, you’ll need some strategies to keep yourself. By far the best thing for your mental health will be keeping your hygiene under control. But there are other things you can do too: 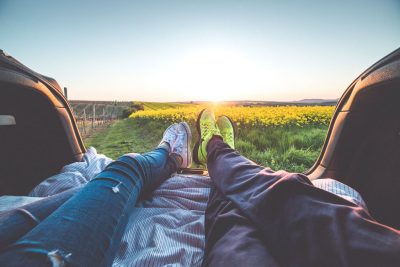 Here’s a small list of essentials for living in your car that you may forget:

What type of car do you own? What makes it stand out the most?

People make larger statements with their cars than they might realize. A few bumper stickers may seem fun but they make your car stand out more. It stickers have certain images or slogans, they may be very offensive to some, especially when people are already in a fragile emotional state.

Cars that have different paint jobs or that are non traditional colors will also stand out more. Unless you find a fabulous deal on a car that is an odd color, stick to the basic colors that you see everyday. Gray, white, beige, dark blue, and black stand out the least.

These are located at prominent exits on the interstate system. Some are more well appointed than others. Truck stops offer a lot of bathrooms, covered areas, food, and other amenities to help those that are living on the road. At a busy one, someone living in their car is probably not going to get noticed if they utilize some services. You probably are not going to be able to park and sleep overnight but you can get cleaned up and something to eat.

If you have a bit of money you may want to rent a small storage unit to stash some items until you find other living arrangements. The practicality of this depends on your unique situation. Just make sure the stuff is actually worth storing and you are not putting more money into storing it for months than it is worth. You might be better off selling what you can and then rebuying at a later time.

Living in your car isn’t pleasant, but with some preparation you can make it a lot more comfortable. If you’re considering living in your car by choice, or want to practice for a SHTF situation, try driving about during the day, but sitting in your own driveway at night. It’s legal and safer. Getting some practice in will prepare you because it will get you out of your comfort zone.

Once obsessed with technology and gadgets, Chris now spends his time developing his North Dakota woodland into an edible food forest, storing his food for a rainy day.

All About Hair For SHTF: Lice, Ticks, Mange, and More

When a Prepper Relocates: Finding and Moving to the Perfect Survival Retreat