In case you haven’t noticed, there’s an increasing level of violent political confrontations on U.S. soil. A new study by the Center for the Study of Hate and Extremism at Cal State San Bernardino confirms this by stating that political confrontations are rising in California by nearly double. Just last week there was another case of police cracking down on violent protests in Portland, Oregon. This is a disturbing trend that should concern not only ever prepper but every American. The increase in violence, from my view, is in part the result of the “alt-left” adopting strategies of the “alt-right.” I say “in part” because this is more a symptom of a greater challenge: a widening shift between political ideologies here in America (and abroad). There are seemingly fewer people in the middle and greater numbers of the far left and far right. Moderates are now chastised by the right as being too liberal and by the left as being too conservative. Where is there to be any common ground and resolution in the face of this trend? What will it mean for American society going forward if political sides can’t come together? What happens if each group’s success is defined only as shutting the other side down? 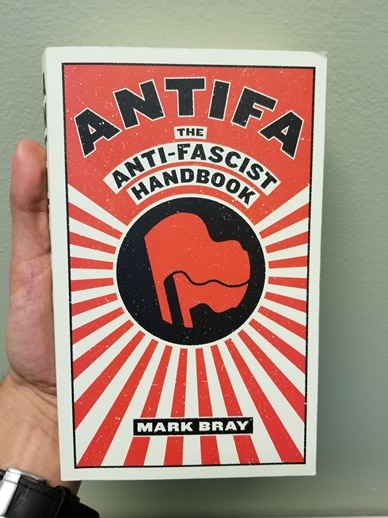 This subject is timely for me as I am working on a sequel to Glen Tate’s 299 Days book series that includes fictional elements of the competing groups. To that end, I am reading Mark Bray’s new book, Antifa: The Anti-Fascist Handbook in an attempt to better understand this group’s historical context and what motivates them.

The far left might say their recent move toward more violent strategies is their response to the election of Donald Trump. From their view, they are merely adopting the strategies of the far right, as evidenced by the armed standoff at the Bundy Ranch while Obama was president. From their view, they are responding to violence with violence, violence witnessed by a car plowing into Antifa protestors at the recent Charleston rally. They are also responding to the perceived threat of even more deadly violence as people showed up armed with assault rifles.

I’m not here to pick which side is better than the other or whether each side is to blame. I don’t know the answer to that. Both sides, however, seem to be growing in size and in distance from each other. This, I find, is troubling. People have been calling the collapse of the United States since the formation of the United States. Is it different this time? I don’t know, but worry grows when I read about sides questioning the legitimacy of the foundations of our government, whether that’s the right saying Obama is not a U.S. citizen or Trump disrespecting the decisions of courts. I worry as a prepper. I am saddened as an American.

I write this post knowing full well that I open myself to criticism, given the virulence of today’s politics. I am one of the people that liberals call conservative and conservatives call liberal. I also have a tendency to point out fake news and faulty logic on social media when the left or the right shares something that is factually incorrect. Yet each time, the respective side takes me to task. “You don’t get it,” they say. “Doesn’t matter, point still holds,” they write. “That fact is an opinion,” they argue.

Maybe I don’t get it, but I have never thought one side holds all of the answers. I have usually found that the truth is somewhere in the middle. I have always thought that if two sides could sit down and have open discussion, where each side truly listens to the other, common ground can be found. But now even that argument is taken to task with responses like “there is no common ground to be had with them.”

Now, as a moderate, I (ironically and increasingly) find myself isolated, shut down by both the left and the right. Comments on Fox News articles are riddled with left bashing. Comments on CNN are riddled with right bashing. Any counter opinion is promptly shut down and often with vague threats of violence or personal insults. News is biased and comments are echo chambers. Is this all just a race to the bottom?

I hope not. But I fear maybe.

Related Content: Be sure to check out the BDS guide to Preparing for Civil Unrest here.

Getting Prepared Week 18: What if all is lost? Lessons learned from the recent tornadoes.

What The Iran Conflict Means For Preparedness

Help With Your Internet Connection During the Pandemic: Solutions For Everyone

19 Responses to “America’s Increasing Levels of Political Violence: Something to Prep For?”