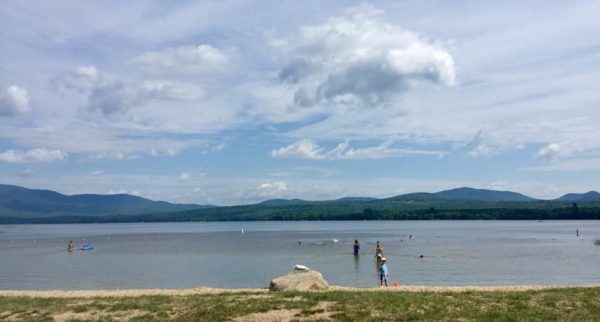 “Janine” commented on my last post asking this question:

What are the pros and cons of trying to use state or federal land as a bug-out location?

My general opinion is that neither state nor federal land is a good bug-out location. Generally speaking, I’m more of the opinion that unless you have a well-stocked camp, you’re closely allied with someone that has a rural farm, or you need to get out of the city to a rural friend/family’s house, bugging out makes little sense. Bugging out to raw state or federal land would be an exceptionally difficult place to survive any extended collapse scenario. Bugging out to any forested-type area would be difficult. Really, how long could you survive on whatever it is you’d carry with you? 99.9% of preppers don’t have the primitive skills needed to supplement canned ravioli with foraged or hunted food and water. Better, in my opinion, to plan to BUG IN. That could be an entire blog post on its own … another day.

But for now, back from the trip, I’m scrolling through other sites looking for anything interesting that I missed last week, and that might interest you. Like these gems…

Ask A Prepper has How to Stay Sane When You’re All Alone in a Survival Situation.

Social isolation can be crippling. It can cause depression and anxiety, and can deplete your self-worth. When it’s coupled with a lack of stimuli, (like say, from hunkering down in a shelter for days or weeks) it can cause insomnia, paranoia, poor impulse control, aggression, hallucinations, and memory loss. In other words, it causes you to behave in ways that are not conducive to survival.

That’s crazy! The post seems inspired by an older Business Insider article on How to Survive Solitary Confinement, which is equally interesting. I suppose, beyond keeping myself busy with tasks, meditation seems like a wise approach – silence the mind enough so it doesn’t wander off the deep end.

Modern Survival Online offers 19 Survival Uses for Plastic Bottles. The title itself is what drew me to the post. Granted, many of the ideas are … well, they’re a bit weak. I couldn’t imagine trying to use the plastic from plastic bottles as sandals, wrapping the plastic around my feet. I think I’d slip all over the place.  I did, however, like the idea for a “trip-wire” of sorts, though an aluminum can would work far better for generating the noise:

If you are on the run and expect people to be closing in on your location, you need a way to alert yourself if they get close.  By running cordage around your camp and attaching a plastic bottle with stones inside, you will hear any people that trip over that cordage.

I did this with aluminum cans, pebbles, and fishing line as the “wire” when I was kid trying to catch my sister when she walked by. It worked. Heck, I’ve even seen actors use it in The Walking Dead series – so it must work!

Ask A Prepper wrote about The Most Powerful Antibiotics Known to Mankind. I got pulled into that one by the title as well, figuring I’d find out what the best fish antibiotics to stock are. The blog post would more accurately be titled “The Most Powerful Plant-Based Medicines Known to Mankind,” however. The listing, to most people that read this site, includes plants that won’t come as a surprise, but it’s still worth refreshing – particularly if you already garden. Why not supplement those edibles with some medibiles?

Until next week – keep on preppin’!

Prepping for an EMP and Solar Flares: How to Prepare for an Electromagnetic Pulse

Could You Really Shoot Someone?

Get 11 Steps to Living a Strategic Life for Free

One Response to “What You Missed Last Week: BDS Survival Roundup (and bug-out or bug-in?)”