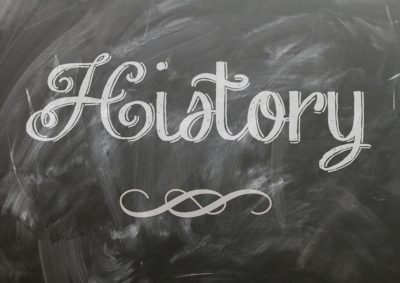 I was perusing various prepper websites to see what’s happened during the last week, who has written what, and what’s worth linking to. While people have generated more content, there wasn’t anything exceptionally new or interesting that caught my attention. That’s when I got to thinking. I’ve been writing about prepping for … gosh, going on over a decade now. Perhaps that’s part of my challenge in finding “new” content. I feel like I have seen it all in one fashion or another. It seems like, no matter what the subject, there are few original ideas to be had these days.

That’s not to say there’s nothing to write about. What I sometimes have to remind myself of is that although I feel like I have read most everything, that doesn’t mean others haven’t. No matter what the topic, there is always a way to present a new angle on an old subject. For this post, however, I thought it might be interesting to recall how things have changed over a decade in blogging about prepping. A lot has changed since then, and much has stayed the same.

When I started blogging, “prepping” wasn’t as popular as it is now. There were far fewer other sites, and we all interacted in a cooperative fashion. The staple website was, of course, James Rawles’ Survival Blog. Rawles was the only one making any money off his site. The rest of us were just goofing off, it seemed, until prepping became more popular and people started wanting to advertise on our sites as well.

There were three other sites that I also remember. One was M.D. Creekmore’s The Survivalist Blog. Creekmore was changing his site often during those early days, and at one point, was just copying and pasting public domain content. He eventually found his groove, however, captured an audience, and built a successful business off his site.

Then there was James Dakin’s site, Bison Prepper. His site wasn’t/isn’t exactly a full-on prepper site, but he did cover the subject in his often profanity-filled, questionable-content posts.

Lastly, there was Commander Zero. His bare bones sites has changed very little since it started, and he’s still going strong.

At the time, I was building SHTFBlog from the ground up, and the field of sites was largely limited to mine and those I just listed. Time changes everything, however.

Chalk it up to Katrina, the Great Recession, or whatever you’d like, but prepping really started taking hold. With that increased interest came increased money. People were buying products to prepare for whatever catastrophe they feared, and businesses started popping up to cater to them. Traffic to my site was steadily increasing, and other were experiencing the same thing. Businesses then started asking me to review products that they’d ship to me for free. I was trading advertising space for things like Eotech holographic sites. I was stoked! Soon I was charging money for that ad space, hiring writers, and – eventually – breaking into publishing books. Prepper Press was born and my available time for blogging was becoming more and more limited. I sold the site to one of the writers.

That writer then did what he could, and eventually sold the site. Then the new owners – yup, sold the site. I think it has since been bought and sold one more time since then. I’ve lost track!

Blogging is hard work. Those that just peruse sites may not realize it, but to keep at it, consistently, is serious work. Everything ebbs and flows, however, and the interest in prepping seemed to peak out. Since that time, a few years ago, roughly, traffic at many sites I’ve kept in contact with has slowed to a standstill (if they’re lucky). Peak prepping had hit and there were sites upon sites upon sites upon sites trying to grab everyone’s attention. The competition got stiff.

With that stiff competition, ideas to write about became harder and harder to come by. Everyone was writing about everything. How many blog reviews can you find about the latest AR15 optic these days? They’re everywhere. Same goes for dehydrated food, water filters, etc.

That time is fading, however. Things have certainly seemed to have cooled off. While prepping hasn’t gone anywhere, the heydays have passed, or are at least on hold. What I find most interesting, however, is that the folks that were in it when I started are still going strong. Why? Because they love the subject. Backdoor Survival is one such site. It’s stood the test of time and it’s still going. These sites that started early, rode out the popular wave, and still stick with it are the sites that stand the test of time. They’re legit. The sites that just popped up when prepping became popular, they were never in it for the love of prepping. They were in it for the money, and when the money dries up, so do they.

I’m curious now, of Backdoor readers, when did you start following blogs on this subject? What, if anything, have you noticed that’s changed?

Getting Prepared Month 5: Sanitation Supplies and Establishing a Community of Like Minded Folks

Is Your Standard of Living Going to Suffer in 2012?

Reasons You Need Salt in the Prepper Pantry

21 Responses to “A Trip Down Prepper Blogging Memory Lane”