There are a lot of choices when it comes to multi-purpose tools out there. The Survival Companion is made by Off Grid Tools. It is made to be used in conjunction with your favorite pocket knife. I was given one for review.

I have to say that anytime a tool claims to offer this much function for such a low cost I am very skeptical. My typical survival tool is a Leatherman. For me that takes care of a lot of different things I need to get done around the farm and vineyard.

I am going to go over a few of the functions of this tool to give you an idea of what worked and what didn’t. Unfortunately, this tool broke before I could test absolutely all of the functions. Generally, I have been impressed with the survival tools and supplies I am sent.

The Survival Companion did not impress me.

The knife sharpener was alright and will at least take a larger blade. I did like this feature of the tool and I think that a future version should definitely keep this feature.

Perhaps one end of the tool could have a course sharpener and one end a fine? That would sure help if you let your blade get really dull and don’t want to take a lot of time to use a fine sharpener.

First off this thing will not open a beer bottle. The can opener would work a few times but this metal is just so thin that I don’t see it lasting.

I really tried to figure out how to open a bottle with it but my method would have bent or broke the tool in a pretty horrific manner. 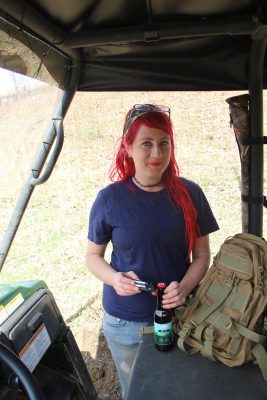 This is a cheap film/sticker. I would not want to rely on this for signaling in any situation.

So the idea is that the belt clip comes apart and that can be used as a scraper. Yeah right. The magnesium is so hard that I had to use my Leatherman. Even with a real knife, you have to put a lot of pressure to get a few flakes.

I was also not successful at using it as a striker for the Ferro Rod.

I tried to test different functions of this tool but gave up after it literally broke in my hands while trying to start a fire using the Ferro rod and magnesium. 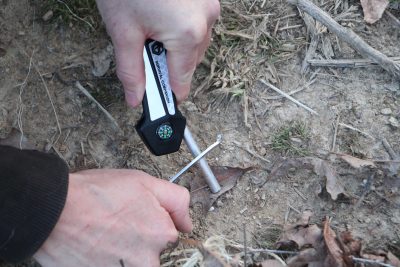 In order to offer a comparison, I used a Swedish Steel Ferro rod and striker I was given by a friend. This combination produced strong sparks with ease. You can actually start a fire with this tool, unlike the Survival Companion. I really tried to give this tool a chance hence trying another firestarter for comparison.

While I am glad this tool has a flat head screwdriver I have to ask why no phillips head? Instead of offering the second most common screwdriver type, they included hex style screwdrivers. This doesn’t make sense to me if you are designing a tool to be useful for most people.

So what does work on this thing?

The thermometer seemed to gauge the temperature ok and the compass was functional.  The screwdriver might be good for a few uses but the metal feels so weak and thin I would not want to try to unscrew anything that required much strength.

It bothers me when something that is designed for survival is made so shoddily. When someone buys this type of tool they are doing it for peace of mind. They want to know that they are more prepared for an emergency. 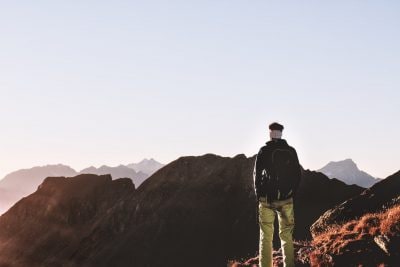 These same preppers are putting their trust in a company to produce something that is tough enough to stand up to some stressful situations. This is a tool that is under $20 but I really don’t think anyone should be deeming something a survival tool if they are not going to take the time to make sure it is made well.

I think companies should make tools well and charge more rather than make it cheap so people will buy it and then have it fail in an emergency. If you are going to make “survival gear” do it right or not at all.

I don’t like to be so negative without offering some positivity in the form of suggestions for improvement. This company seems to be just starting out. Sometimes it takes awhile to get it right.

That being said I think they have a good concept. There is a need for multipurpose tools that are accessible to a lot of people.

Here are a few suggestions I have for improving this tool:

Have you used this tool? Did you have a different experience? I really tried to find some positive things about this design but the quality just wasn’t there.

Charge Your Devices With the Choetech Portable Solar Panel

Exploring Civilian Body Armor Options For Prepping, Survival, and Beyond

The Best Pepper Spray to Keep With You

4 Responses to “The Survival Companion Review”