Today I share the next author interview and giveaway in the Summer 2014 Backdoor Survival Book Festival.  Warren Ray, the author of The Shadow Patriots, is here to answer some questions and of course, to award one lucky reader with a copy of his book.

The first page of The Shadow Patriots begins with what I believe is the author’s dedication.  Whatever the technical term, he says:

“To my fellow patriots, may you all have the courage to come out of the shadows and stand tall.” 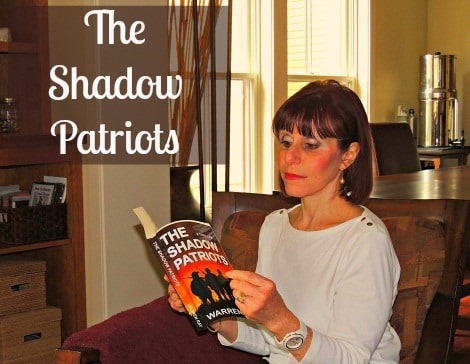 Those are powerful words and the perfect backdrop for Warren’s thriller that blends current events with a sobering fictional tale that seems to be unfolding into reality one day at a time.  Scary stuff when you think about it.

An Interview with Warren Ray

Tell me about your book, The Shadow Patriots. What’s it about?

It’s about a middle-aged man, Cole Winters, who answers the call to duty to help fight in a disastrous war being waged against the Chinese in California. But while traveling to the recruitment center, he is inadvertently thrown into another war, a war that nobody knows exists.

After stumbling upon a secret plot to kill the recruits, before they even begin their training, Winters tries to stay one heart-pounding step ahead of corrupt forces as they try to capture him. He tries to save as many of the recruits as he can, while seeking to find out who is behind the killing of thousands of American volunteers.

The underlying story is the difficult situation that Cole Winters finds himself in. It forces him to make choices that change him over time and puts him on a path of self-discovery.

Besides staying current by listening to talk radio everyday and reading news blogs, I read a lot of fiction. I did use Google Earth in order to describe all the towns where the action takes place. Being able to see use the street view was an incredible tool to utilize.

How long did it take you to write?

The book took me three years to write, mostly because I didn’t know what I was doing at the time.

Every book, fiction, and non-fiction, includes a message. What message do you hope my readers will take with them after reading The Shadow Patriots?

Have faith in your fellow Americans, because when push comes to shove, most will come out of the shadows, and stand up for what is right.

Can you tell us a little bit about yourself?

I wish I had something exciting to tell you about some great adventure or having served in the military, but I’m pretty boring. I’ve been in sales most of my life and currently work for myself. I am an artist and have some pieces displayed in various public places.

Hopefully retirement, but with the way things are going in our country, one has to wonder how many of us will be able to retire comfortably or at all. I would like to think my novel is a cautionary tale, but some of the things that I’ve written about three years ago, have already come to pass.

Yes, I’m finishing up the second book in the series. Now that I know what I’m doing, it’s not taking nearly as long as the first one. It should be typo free by November.

Yes, vote for Backdoor Survival for favorite Prepper Blog. Nowhere else can you get a chance to win free cool books.

A copy of The Shadow Patriots has been reserved for one lucky reader.

To enter the giveaway, you need to utilize the Rafflecopter form below.  There are a number of options including a “free for everyone” option that requires just a single click. Easy peasy!

The deadline is 6:00 PM Pacific next Thursday with the winner notified by email and announced in the Sunday Survival Buzz.  Please note that the winner must claim their book within 48 hours or an alternate will be selected.

I had to chuckle when Warren mentioned typos.  All writers, including bloggers, do get better at proofreading over time.  In addition, when we first start, many of us really do not know what we are doing and where we are headed.

I hope you will enter the giveaway to win your own copy of The Shadow Patriots!

If you enjoyed this article, consider voting for me daily at Top Prepper Websites!  In addition, SUBSCRIBE to email updates and receive a free, downloadable copy of my e-book The Emergency Food Buyer’s Guide.

The action begins after a series of devastating events that brings America to its knees, which include an invasion by the Chinese military in California.

This startling incursion rallies young people by the thousands to sign up to fight for their country. But after decades of military budget cuts, casualties soar in a disastrous war and in desperation, the government puts out a plea for anyone to volunteer.

Cole Winters, a middle-aged man with no military background, decides to answer the call of duty but quickly finds himself thrown into a different nightmare when he discovers himself in the middle of another war, a war nobody knows exist. After stumbling upon a secret plot to kill the recruits before they even begin their training, Winters tries to stay one heart-pounding step ahead of corrupt forces as they try to capture him.

In a frantic race against time, he saves as many other recruits as he can while seeking to find out who is behind the murder of thousands of American volunteers.

Note:  If you covet an e-Book reader, consider the Kindle. And if not, at the very least pick up the free Kindle app so that you can read Kindle books on your PC or favorite electronic device. 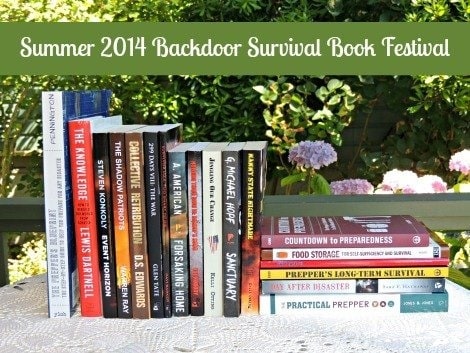 The Knowledge: How to Rebuild Our World from Scratch
Food Storage for Self-Sufficiency and Survival: The Essential Guide for Family Preparedness
The Practical Prepper: A Common-Sense Guide to Preparing for Emergencies
The Prepper’s Complete Book of Disaster Readiness: Life-Saving Skills, Supplies, Tactics, and Plans
Duct Tape 911: The Many Amazing Medical Things You Can Do to Tape Yourself Together
The Prepper’s Blueprint: The Step-By-Step Guide To Help You Through Any Disaster
Countdown to Preparedness: The Prepper’s 52 Week Course to Total Disaster Readiness

Spring 2014 Book Festival: Through Many Fires + Interview with Kyle Pratt