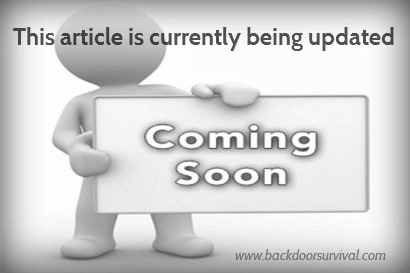 There is an old joke among economists that states:

Jokes aside, we all have an intuitive idea of what makes up a recession:  unemployment, plant and business closures and tough financial times for families.  But what about depression?  To laymen like me, depression is a more extreme form of recession.  It is characterized by extraordinary and unprecedented increases in unemployment, the reduced availability of credit, mass bankruptcies, the collapse of banking and financial systems and volatile financial markets.

Now to some there may be a fine line between the two.  As a matter of fact, I recently read that when the economy crashed in 1937, FDR and his advisers didn’t want to use the “D” word so they came up with the term “recession”. Until that time there were no “recessions (from Murray N. Rothbard’s book America’s Great Depression).

The official, economist’s definition of a recession is this: a recession occurs when the nation’s GPD declines for two consecutive quarters.  On the flip side, a recovery is therefore an increase in GDP after a period of two (or more) quarters of decline.

The reality?  I asked my friend George, who is an economics guru, for his take.

“If you are a member of the party in the White House, then it’s three quarters to make a recession, which means that if the nation is stuck in a depression for a year or two after taking office, the first year can be written off as being caused “by my predecessor” and then two quarters from there – so one and a half years.

You then only need one quarter of GDP gain in order to scream “green shoots!” at the top of your lungs and then you can blame opposition party in Congress for holding up your legislative package, and failing to pass that (even after line-item vetoing to your heart’s content) you can blame Congress for any return of a recession.

On the other side, if you are NOT in the White House the definition of a recession falls back to the classical economist’s two quarters of falling GDP and the “honeymoon” between when your president left and the new fellow came in drops back to 90-days.  By the 4th quarter, the President takes the rap no matter what, and then you block anything productive for the economy since the idea is to make the president look bad so your party can get back to the front of the lobbyists soup line with a greater margin.

Practical economics is, above all else, flexible, depending on who is wielding the numbers.”

Unlike the term recession, there is no agreed upon definition for term economic depression.  Two currently popular definitions, however are one of the following:

Cripes.  With the so-called authorities uncertain of the real definition of depression, you begin to wonder who is calling the shots. In the meantime our daily MSM is citing a recovery with each headline and each news broadcast.

So okay.  I am not good at economics but I am good with people and feel competent with my understanding of the human condition.  With that in mind, I decided to take the question of recession versus depression to the masses.  Not a large mass, mind you, but to a diverse number of people from North America that shared my recent voyage in Europe.  There was a bias, of course, in that this was a mostly older group and further, this was a group that had the means and opportunity to travel, whether employed or not.

The question I posed was:  Do you feel we are in a Recession, a Depression or Recovery?  The results from my sampling of 81 people is below:

Surprisingly, or perhaps not so, is that although 48% of the respondents maintained that we were in a depression, this was a group that could not really be suffering in the current economy.  Yes, there was some belt tightening and the extravagances ala the 90’s were gone.  But t still, they felt that overall, our economy was in a depression.  Even more significant, a majority felt they would not see a change in their lifetime.

What does all of this mean?  Well I tend to believe real people in real life.  Not a bunch of scholarly economists that have been bought and sold by the political machine.  I tend to believe what I see with my own eyes and what I feel each time I pull out my wallet to pay for necessary goods and services.  And as a layman I tend to believe the so called joke I cited at the beginning of this article:

A recession is when your neighbor loses his (or her) job.

A depression is when you lose your job.

A weak recovery is when your neighbor gets their job back.

And a solid recovery is when both you and your neighbors are all back at work.

And even though I am blessed with the ability to prepare for an uncertain global financial future, in my opinion the defining factor with our current economic woes is the length of time we have been stuck with no real positive movement forward.  Add to that  the time it is going to take to dig out of this hole and, well, it sounds depression to me.

One more thing: Prosperity is when you and your partner can go out to dinner and purchase a new car or perhaps a new boat. Prosperity is what we strive for but alas, prosperity is elusive and indeed, may not happen for long, long time. If ever.

America’s Great Depression is the classic treatise on the 1930s Great Depression and its root causes. Author Rothbard blames government interventionist policies for magnifying the duration, breadth, and intensity of the Great Depression. He explains how government manipulation of the money supply sets the stage for the familiar “boom-bust” phases of the modern market which we know all too well. He then details the inflationary policies of the Federal Reserve from 1921 to 1929 as evidence that the depression was essentially caused not by speculation, but by government and central bank interference in the market. Clearly we find history tragically repeating itself today.

Emergency Essentials is your source for all things preparedness, from prepackaged foods to water barrels to first aid kits. Here are the December specials. One of the best values is the Trekker II Emergency Kit

From the Bargain Bin: Stuck on a last minute holiday gift?  Consider a survival knife.  Here are some recommendations to get you started.

In addition, I still recommend the SOG M37-N SEAL Pup plus, for the budget conscious, the very nice Kershaw OSO Sweet Knife. This particular knife would make a great starter knife and stocking stuffer this holiday season.

Here are some other ideas:

Fiskars 7855 8-Inch Hatchet: I think a common mistake is to pick up a cheap hatchet from Harbor Freight and call it a day. This is something you do not want to skimp on. A Fiskars is easily sharpened and will last a lifetime. Oh, and while you are at it, you might also like the Fiskars Axe & Knife Sharpener .

Lodge Logic 12-Inch Pre-Seasoned Skillet: This purchase changed the way I cook. I use my cast iron cookware for everything from salmon, to bacon and eggs, to biscuits.   Don’t forget the Lodge Set of 2 Pan Scrapers, a must have for cleaning those food bits from your cast iron cookware.  If you can spend a bit more, consider the Lodge Camp Stove.

Survival Lessons of the Mountain Men

Special Report: The Future is Now – Creating a Second Chance

Survival Friday: 50 Excuses For Not Prepping

3 Responses to “Recession or Depression: You Be the Judge”