Editor’s Note: This is an updated and revised edition for 2018. The original article was published prior to last year’s devastating hurricane Maria.

This last hurricane season has been extreme, between Harvey and Irma. Hopefully, you now know many more people who are looking to get on board with prepping for hurricanes after their experiences these last months. This will be a perfect resource for these converts who are looking to better secure their family and property for next time. 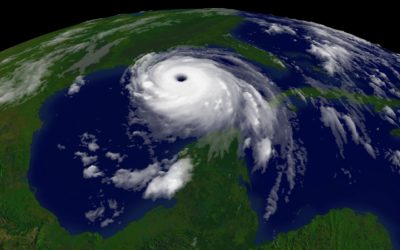 Plus it’s always a good idea to brush up your prepping efforts!

New ideas have come from the latest hurricanes, including new social media outlets to arrange community rescue and clean-up efforts. We’ll also discuss that touchy subject: whether you should be bugging out or bugging in as hurricanes approach land.

Supplies to Gather Before a Hurricane

For America, hurricane season begins in June. That means in May, you should take a look through your hurricane supplies, make sure everything is in working order, and add anything you may have missed or used up.

Here is our most comprehensive list on what supplies you should ensure you have:

As for cleaning surfaces after exposure to flood water, you need a bleach solution. Demand for bleach will be extreme post-hurricane, so store a lot before hand.

Once you have everything you need to keep yourself and your family alive, you’ll probably turn your attention to how to protect your property from the hurricane and from the after-effects (like looters).

If your home meets, for example, Florida’s building codes, many of which were re-vamped post-Hurricane Andrew, you have a better starting point than others. In particular, Miami’s Dade County is rumoured to have superior building codes. If you’re living in a mobile home, a tiny home, or another unusual structure, there may not be much you can do to protect your home. 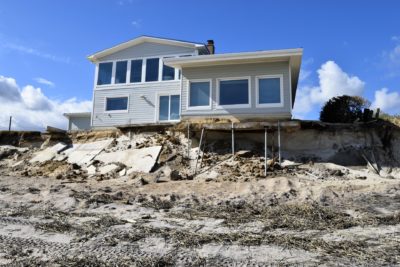 Windows are the first point of vulnerability in the home. As most modern homes don’t have shutters, you may need to board up your windows with wood and screws. Have these supplies on hand, as they get scarce before major hurricanes. Pre-drill holes every 18 inches beforehand, so you can throw the wood up quickly when you need to.

It’s also possible to get windows that can withstand even category five winds, but they are an investment. Boarding up doors and vents are next.

Clearing out dead trees and dead tree limbs surrounding your house can also help protect it. These will be the first things to blow over, and have the potential to knock out your power lines or do significant damage to your home. Similarly, put all of your porch furniture inside the house or garage so it won’t blow away and do damage.

You also have to take steps to protect the items in your home. In case of flood, raise furniture, and put electronics in waterproof bags. In the case of severe storms, none of this may be enough to protect your overall home or your possessions. That’s where insurance comes in. Make sure your policy covers floods, even if you’re not in an area where flooding is a regular occurrence. 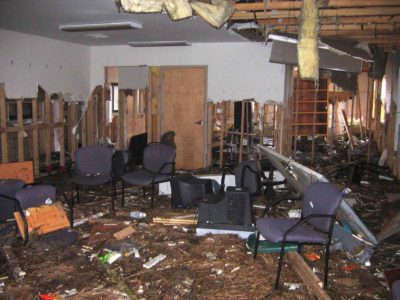 After hurricanes, looting becomes an issue. As we saw with Hurricane Harvey, a lot of looters after hurricanes are simply young adults who can be discouraged from looting if they see someone is home. Organizing community patrols to watch over the abandoned homes in your area can be a significant deterrent for these looters.

You should be armed, of course, but I also think you should have some non-lethal options, like pepper spray, that you can use more liberally to scare the brats off.

Another threat to your home that you might not consider is wildlife. During storms animals seek higher ground, and if your property is that higher ground they may try to take shelter with you.

Take caution when emerging from your home after a storm, and when returning to your home after evacuating. Snakes are a major problem, for details on how to deal with them see our snake guide.

You also want to prepared to bug out. If you decide you’re going to do it, you should leave as soon as you possibly can. Travelling during a storm is the most dangerous thing you can do, so you should definitely get out days beforehand. Even then, if a major storm is projected to hit, you’ll see serious traffic on your way out and gas will become scarce quickly. 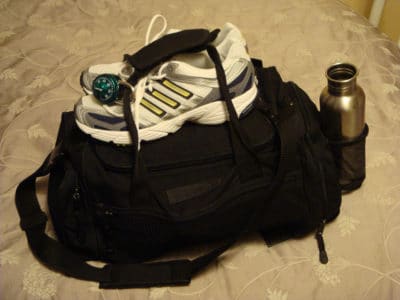 So your bug-out-bag has to reflect that.

Thankfully, this is balanced by the fact you’ll have more room in your car than you’d have when bugging out by foot during other kinds of disasters. Note, I’m assuming you’ll be bugging out by car. When going by plane, much of this isn’t necessary.

Deciding if You Should Bug-Out

Bugging out before hurricanes has become a heated topic. After Hurricane Rita rushed into Texas in 2005, three million people evacuated, causing at least 73 deaths from accidents and heat. People ran out of gas on the road, causing extreme traffic jams. One bus caught on fire, killing 23 people.

While people in Texas have three directions to flee from hurricanes, those in Florida, for example, have to go north.That can further compound traffic issues. 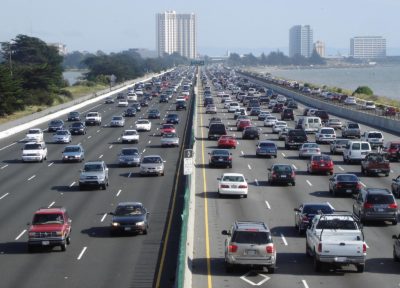 While many people, often who don’t live in areas with frequent hurricanes, might wonder why someone would choose to ride out a storm, memories of Rita is one answer. Another answer is that hurricanes are hard to predict. Let’s say your family has decided you can bug-in for category three hurricanes, but will bug-out for category four.

If a hurricane strengthens unexpectedly, or changes direction quickly, a family may be stuck facing a hurricane much stronger than they thought they would face. It doesn’t help those people to deride them for making the “wrong” decision to stay.

Making the decision to go or stay is very dependent on personal circumstances. That being said, I suggest you base your decision of your answers to these questions:

It seems like they can’t win and that’s because they can’t perfectly predict which areas will be hit, how strong the hurricane will be, or even how many people will obey their orders to evacuate.

Instead of basing my decision on what politicians say, I take responsibility for my own safety. If you don’t want to evacuate because you worry a situation like Hurricane Rita could develop, simply leave earlier than most people will (generally they start 3 days before a hurricane is projected to land).

If you choose to stay, I suggest you also stay absolutely glued to NOAA’s updates. If things change, you’ll need to know.

Many people make their decision about whether or not to leave before a hurricane on their finances. This sounds absolutely terrifying to me. I sympathize with those who have fallen on hard times, but I would suggest that they carefully weigh their options.

Yes, suffering the loss of your home, days missed work, and the cost of temporarily locating can leave you in financial ruin. But, losing your life is worse.

And, those who think they can’t afford to prep should focus on one step at a time. Now that this hurricane season is coming to a close, you have months to stock up on supplies.

Even if all you manage to have by the start of the next hurricane season is a first aid kit, a bag of rice, some canned beans, and a few gallons of water, you’re better off than you were before.

Preparing for Places to Land

A lot of the worries you may have about bugging out can be dealt with through proper preparation beforehand. The key decision is, of course, where you’ll end up. If you’re primarily worried about missing time from work, bugging out to a more secure location further from the coast, but not too far, is a good option.

On the other hand, if you’re worried about bugging out because it’s costly, you can avoid large hotel costs by getting further away from the storms. While getting out of the state, and the next state, may take time, past that traffic will likely be significantly clearer. You won’t be adding too much time to your trip by avoiding the swamped hotels.

Those with pets considering bugging out need to call ahead to hotels and shelters to see if they will allow the pets in. Make sure to ask if their pet policy can be waived in the face of a disaster.

If you choose to bug-in during a hurricane, check-out Gaye’s guide to what you should do in the hours before the storm strikes.

It’s also helpful to read up on ways to stay comfortable during power outages. If, instead, you choose to bug out, it will be helpful for you to review Gaye’s myths of bugging out.

No matter which you choose, we hope you stay safe!

Avoiding and Treating Hypothermia and Frostbite

The Many Uses of Metal and Plastic Barrels and Drums

7 Responses to “Prepping for Hurricanes and When to Bug-Out”