Today I would like to share a prepper’s journey in to the twilight zone. You know, that place somewhere between reality and imagination. Only this time, the year is 1961 and the prepper is Doctor Stockton, a responsible family man who does the right thing by providing for his family’s welfare in the event of a nuclear attack.

Got that? 1961! Some of you may not be old enough to remember those times but those were the days of the Cuban missile crisis, the Cold War, and the government’s endorsement of fallout shelters. 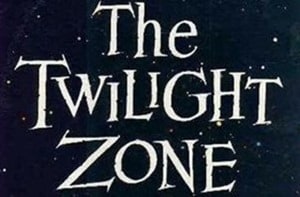 But back to Doc Stockton. His tale and the tale of humanity gone berserk during a time of crisis is the basis of an episode of the television series The Twilight Zone. The title is “The Shelter” and here is what happens:

The episode begins with friends and neighbors gathered at Doc Stockton’s house to celebrate his birthday. Everyone is laughing and joking, and having a great time. There is a wide range of personalities around the table – and, shocking for the early sixties – some ethnic diversity.

Word comes down from the government that a possible missile attack has been detected by the early warning radar system and everyone should proceed to shelter. The party breaks up with everyone going home and the Stockton family heads to its fallout shelter after running around to gather last minute supplies from other parts of their home.

A short time later, the neighbors are back. They have not prepared. They have no shelter and they have no supplies. They bang on the door of Doc Stockton’s shelter, demanding to go in. What happens next is the important part. The neighbors turn into brutal savages, attacking each other and attempting to knock down the door to the shelter with a makeshift ramming rod.

Eventually, the threat is called off but nothing, notes the Doctor, will ever be the same. The very fabric of relationships, trust and friendship have been broken. Or perhaps they were never there.

Let’s bring this back in to the present.

If you are reading this article you have either thought about prepping or have already started. Some of you, I know for a fact, are much further along then I am. The important thing is that you have the survivalist mindset. You have taken steps to get ready for the unexpected and will not need to rely on your friends, your neighbors or the government to take care of you if the SHTF. But, and this is a big but, you need to be wary of the uninformed. Or perhaps I should say the ignorant and the lazy who think it will not happen to them.

So what is the Twilight Zone, anyway?

As described by Rod Serling, the Twilight Zone is defined as follows:

“There is a fifth dimension beyond that which is known to man. It is a dimension as vast as space and as timeless as infinity. It is the middle ground between light and shadow, between science and superstition, and it lies between the pit of man’s fears and the summit of his knowledge. This is the dimension of imagination. It is an area which we call the Twilight Zone.”

These days, we have our own 21st century version of the Twilight Zone. We call it the Wujo.

Coined by George Ure, he defines Wujo as follows:

“The Wujo is that mental dojo (a place of martial arts) where East meets West, Reality meets Fiction and the Woo-woo faces off against ‘science’.”

I don’t know about you, but the “Down at the Wujo” articles over at Urban Survival sound a lot like the Twilight Zone to me. Only this time, the dimension of imagination has migrated closely to reality. Further, if a Wujo event has happened to you, you will understand that there is just a miniscule line where imagination stops and reality begins.

Prevent a Zombie attack in your neighborhood

Let me be clear. Do not let the tale of The Shelter cross over in to your reality. Beat the Wujo and protect your stuff! Specifically:

P.S. The Shelter (Twilight Zone Season 3, Episode 3) is available for watching via streaming if you have a subscription  (A free 30 day trial is available.)

If you have not done so already, please be sure to like Backdoor Survival on Facebook to be updated every time there is an awesome new article, news byte, or free survival, prepping or homesteading book on Amazon. In addition, when you sign up to receive email updates you will receive a free, downloadable copy of my e-book The Emergency Food Buyer’s Guide.

BaHere are some current picks. Remember, the small commission I earn on your purchases help support the cost of maintaining Backdoor Survival and the purchase of new gear for review.

The Twilight Zone: Abetter deal but if you don’t have a fast broadband connection or a well-stocked public library, you will get hours of entertainment from the DVDs.

The Zombie Survival Guide: Complete Protection from the Living Dead: Yes, this in tongue in cheek. Highly entertaining none-the-less.

Sabre Family Home and Property Protection Pepper Spray (13.0-Ounce): From the company that makes bear defense sprays, this pepper spray has a range of 30 feet and can be mounted right near the door. I am a big believer in pepper spray, especially for those not trained in the use of firearms. You just never know.

Lodge 12-Inch Pre-Seasoned Skillet: The basic standby for all types of cooking, inside or out. Don’t forget the Lodge Set of 2 Pan Scrapers, A must have to go with that skillet.

550lb. Type III Paracord 100′ Black: I wish I had known about Paracord years ago. There is no reason not to have a few hundred feet around your home, in your car, and in your bug out bag. as well. For the best deal, purchase a dozen at a time to get a discounted price.

How to Raise Quail: An Alternative to Chickens

14 Essentials to Help You Fix and Clean Almost Anything

8 Responses to “A Prepper’s Journey to The Twilight Zone”