Early this year, a report was released about the growing risk of “Neglected Tropical Diseases” in Texas. These diseases are becoming more common, in most cases throughout the South, in some cases across the whole country, for a variety of reasons: poverty, urbanization, international travel, and more. Medical researchers are calling for more focus on these neglected diseases—which means preppers would do well to better understand these growing threats.

We won’t discuss what you could do at the state or national level to prevent these, but what you can do as a prepper to protect your family from these infections, especially when SHTF? What can you do to limit exposure, what supplies should you ensure you have on hand, and what knowledge do you need about these infections?

A vector is something which spreads disease, so these diseases are spread by mosquitoes. Reducing mosquito populations is key to preventing them. Aerial insecticide spray is helpful, but that’s not something you can do as an individual. 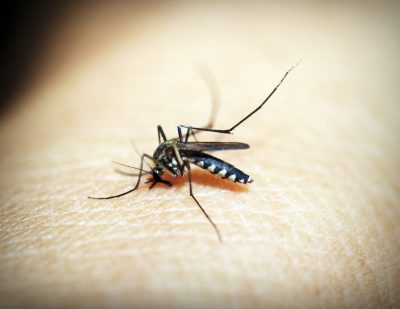 What can you do as a prepper to combat mosquito vector diseases?

Though we talk about it less than we used to, Zika is still something to prep for. The Texas Department of State Health Services (DSHS) reported the first cases of Zika spread within the state borders in 2016. There have also been infants born with Zika in the state, though mothers contracted the disease outside of the U.S. While Zika is usually mild, often even without symptoms, there have been deaths.

Like Zika, West Nile often has no symptoms but can result in death. The latest case of West Nile in Texas was found on May 22, 2018, meaning it is still a risk for those in the state. Florida is also at particular risk for West Nile because they have high numbers of the mosquitoes that transmit the infection. Preventing it is just the same as preventing Zika. 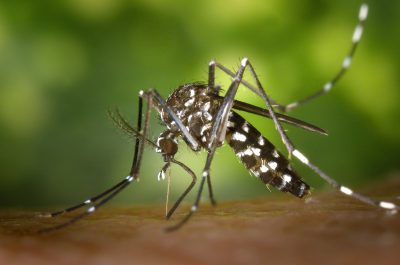 Chikungunya is an infection transmitted by the same species of mosquitoes which spreads Zika. In 2016, Texas DSHS confirmed a case of Chikungunya which was caught within the state. Symptoms are usually fever and intense joint pain, so go to a doctor if you have those. It is rarely fatal, but the pain is usually debilitating. There is no special treatment or vaccine, so preventing the infection is the same as for the other mosquito vectors.

This mosquito-spread disease is rarely fatal, but it can be. The symptoms will sound familiar as they are similar to the other infections on this list: headache, fever, joint pain, rash, etc. The last outbreak of Dengue fever in Texas occurred in 2013. It has also been locally spread in Florida.

Chagas is a potentially deadly parasitic infection spread by an insect called the “kissing bug,” (because it often bites on the face). If the bug is infected with the parasite it can spread the infection when it bites you. It’s not the bite itself that infects you, but when you itch or rub the bite you move the bug’s infected feces into the bite. So, wash bug bites with soap and water when you discover one. 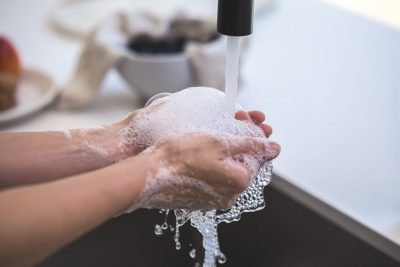 If you think you’ve been bitten by the kissing bug, or if you have developed a swollen or infected bite (called a chagoma when caused by Chagas infection) see a doctor. Yet, Chagas usually doesn’t cause symptoms for months or years. When it does, it can cause serious heart and digestive problems that can lead to death. But there is treatment: anti-parasitic drugs that can kill the parasites before you develop serious symptoms.

This parasitic infection is spread by some species of sandflies, also called noseeums. Like with Chagas, the sandflea is infected with the Leishmaniasis parasite and gives it to humans when biting. The primary symptom is an ulcer, on the skin or in the mouth, and an enlarged spleen. It can be fatal, especially when left untreated. Like with Chagas, anti-parasitic medications are usually given to sufferers.

Inhabitants in Travis Country (Austin) regularly contract murine typhus, and last year Harris County saw it’s first infection. This is a kind of typhus spread by fleas (it cannot be spread from person to person). It is usually contracted in urban or suburban locations. Symptoms include headache, rash, fever, nausea. 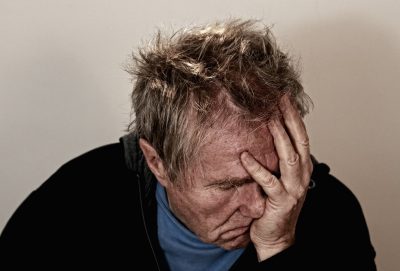 Thankfully, Typhus is treated with antibiotics in the United States. However, without antibiotics, you can suffer from it for months.

Rabies very, very rarely affects humans in the United States, but there is a lot of animal infection in Texas, especially of bats. Avoiding rabies is pretty straightforward: don’t get bit by wild animals. The most important thing is to seek medical attention if you think you were exposed.

Lyme is a potential problem throughout the United States, not just in Texas, but Texas usually sees 50-200 cases a year. It is spread by the bite of ticks, and usually (but not always) causes a distinctive rash along with fever, chills, fatigue, headache and joint pain.

Similar symptoms are caused by the bite of the Lone Star tick, but those who get this specific bite do not have Lyme. Instead, these symptoms are called STARI (and they don’t know what causes it). 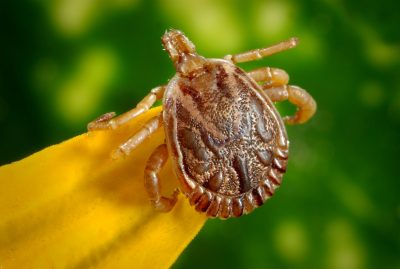 The treatment generally involves antibiotics, for both Lyme and STARI. If not treated Lyme can cause permanent disability. The Texas Lyme Disease Association notes: “Many doctors in Texas believe that Lyme disease is not endemic to the state.” Yet, they are wrong. If your Texas doctor tells you that you cannot have Lyme, it may be wise to seek a second opinion.

These two infections can be caught in tainted water or food. The biggest risk is dehydration from diarrhea, so try to stay hydrated (and get medical attention when available). 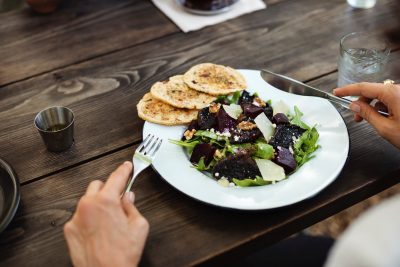 Cryptosporidiosis is often spread in water and is resistant to chlorine-based disinfectants. Boiling is the best way to decontaminate water with it. It causes diarrhea and anti-parasitic drugs are used to treat it. Infants and patients with AIDS (who frequently get this infection) may die of infection. Roughly 30 percent of Americans have been exposed to this infection.

Cyclosporiasis is often spread by tainted food. Texas sees more of these outbreaks than other states, though it is a risk everywhere and usually connected to a particular food item or restaurant. It causes diarrhea and pain and has to be treated with anti-parasitic medications.

This is a fancy term for roundworm infection, usually contracted from dogs or cats and their infected feces. When the infection is simple, it is treated with anti-parasitic medication. Sometimes the infection gets into the eye, and treatment for that is much more complicated. Living in the South is a risk factor for this infection, but so is pet ownership and being a child (because they eat dirt). Treatment is anti-parasitic medications. 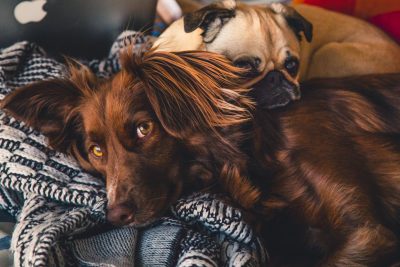 This is another roundworm infection, but from the species that infects pork. Usually, you get it from infected vegetables or water. Eating undercooked pork usually gives you a tapeworm, not the larvae that cause Cysticercosis. This infection can cause seizures, so treatment is usually a variety of medications that you couldn’t easily replicate during SHTF, including anti-parasitics, anti-convulsants, and steroids.

Once eliminated from the United States, measles now frequently breaks out among school children. Thirty percent of children who contract it will develop complications, which are generally more severe in adults.

One out of every thousand children who contract measles will die and a second will suffer severe and permanent brain damage. Compare that to the rate of life-threatening adverse reactions from the MMR vaccination—which occurs in less than one child of every million who receives it. 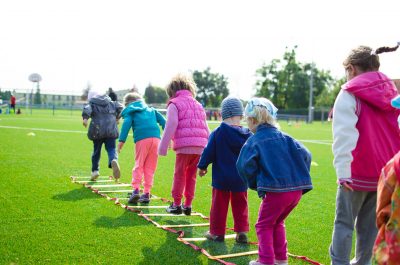 There is a large population of unvaccinated children in Texas, as well as other states, which leads to outbreaks. I’m not here to tell you how to live your life, just to point out that if your child is unvaccinated you’ll have to prep for measles. It is one of the most contagious infections there is, so keeping your unvaccinated child from contracting it is just not realistic. And, their symptoms are likely to be more severe than their vaccinated friend’s symptoms.

A child who has measles may need pain medication, fever control, fluid replacement therapy, antibiotics, vitamin A supplements (usually only in the third world), respiratory support, and much more.

If you’re happy to vaccinate your child, talk to your doctor about what can be done to ensure your child does develop immunity from the vaccine—about 15 percent don’t. It’s possible a second dose can help.

While most of us aren’t used to worrying about measles, WHO notes that: “Measles outbreaks can be particularly deadly in countries experiencing or recovering from a natural disaster or conflict.” Why? Because if modern healthcare isn’t available, the complex medications needed to support a child through a measles infection also won’t be, which could mean death. One out of every four children who gets measles will be hospitalized.

So what can you do?

Do you have any experience with a neglected tropical diseases? We’ve only gone over the main ones! What will you be doing to prep for them?

Staying Ahead Of The Shortages: What To Stock Up On For The Coming Year

Prepping In The City And Small Towns: Some Tips For Urban Preparedness