Foraging wild plants and mushrooms is a rewarding, healthful, eco-friendly, and delicious hobby. Some people learn to forage because they want to learn it as a survival skill in case they’re ever lost in the woods, or forced to find a food source after a societal meltdown. Others just want to have fun, live a greener life in tune with Mother Nature, and reduce their grocery bill.

But with so many myths surrounding this activity, many people are scared away from ever getting started. Hopefully, by clearing up the most common myths, we can show them that with a little bit of care, there’s nothing to be scared about! 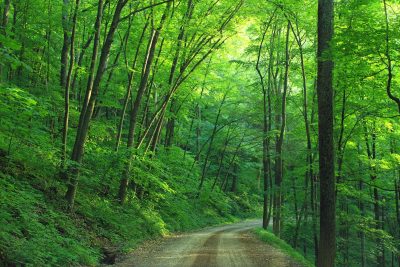 Sure, things can go wrong. But most foraging myths are rooted in the very modern fear of anything outside of a plastic package, or that didn’t come from the grocery store.

By debunking them, I hope to convert some fearful would-be foragers and show them that most of the alleged “dangers” of this activity are either overblown, or rooted entirely in fiction.

So without further ado, here are some of the most common myths about foraging for wild plants and mushrooms.

Foraging is Dangerous & is for Experts Only

The idea that foraging is a dangerous activity for anyone but seasoned experts is an extremely common one, and a fear that keeps many people from participating in what is an extremely healthful, environmentally positive, and life-enriching hobby.

And it isn’t hard to do safely. For example, most of the most common yard weeds are incredibly easy to identify, and could be taught in a few minutes to a first grader. 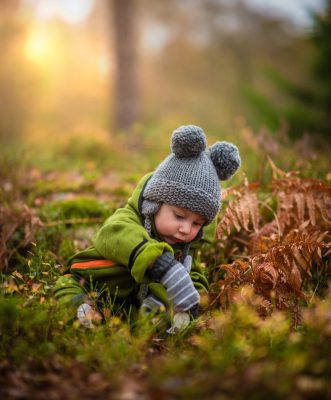 What about poisonous lookalikes, though? Surely these are easy to mix up with edible species that have similar-looking counterparts.

The truth is, while some plants have toxic counterparts that look rather similar, the danger of toxic lookalikes is wildly overblown. So overblown, in fact, that it has birthed an entire foraging myth of its own. We’ll explain that one in more detail next!

Wild Plants Have Deadly Lookalikes That Only Experts Can Tell Apart

This is probably the ultimate misconception about foraging for wild plants. While this adage is truer for mushrooms, when it comes to plants that have “toxic lookalikes,” in basically every single case, the similarities are extremely superficial.

The fact is, when you first start to learn a plant, you just don’t know it that well yet. That is where you fall into this trap, but by no means do you have to be an expert to avoid misidentification.

Plants that look extremely similar at first will be very clearly different once you become more seasoned at identifying that particular species. Once you are ultra-familiar with a plant’s appearance at the different stages, no other plant will look anything like it to you.

In other words, for novices and with unfamiliar plants, “lookalikes” might indeed look extremely similar. But that’s only because you haven’t truly learned the plant yet! That’s why it’s extremely important to be patient as you learn to identify new species, and never get caught in the trap of wanting a plant you found to be the right one so badly that you end up convincing yourself it has the right characteristics. 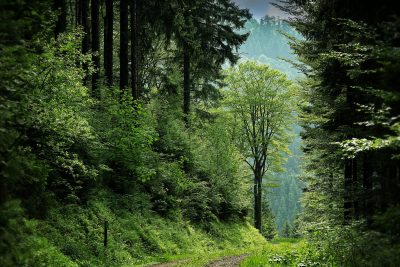 This is surprisingly easy to do, but with a little discipline—and religious application of the “if in doubt, throw it out rule” – you can forage for a lifetime and never mistake a plant for one of its supposed lookalikes.

In addition, every “lookalike” species will have other characteristics you can easily check for. For example, wild carrot, or Queen Anne’s Lace, looks very similar to a poison hemlock plant. However, hemlock stems are smooth, and carrot stems tend to be hairy. The roots of wild carrot also smell strongly of, you guessed it—carrots!

And those are only two of numerous checks you can do with this particular plant pair. The point is, there are always properties you can look for to confirm you haven’t mixed up your plant of choice with a toxic impostor.

To many people, the mere mention of foraging for wild plants prompts a mental image of an unkempt weirdo poking around in the bushes, munching on woody stems. 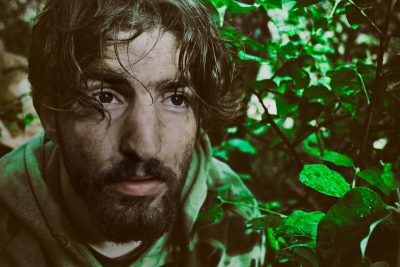 But even for those who have some passing interest in learning wild plants and mushrooms, once they understand how to identify some, not understanding how to incorporate them into their cooking often presents a blockage that keeps them from getting more serious about their new hobby.

Part of the problem is that so many modern people (particularly urbanites) are so disconnected from their food, they basically don’t know how to cook much of anything. But even if they do, the idea of making foraged plants taste good is too intimidating.

The good news is, it’s no harder to make delicious dishes from foraged plants and mushrooms as it is to make them from store bought produce.

It just takes some research and experimentation, since foraged foods will be new ingredients that home chefs aren’t used to incorporating into recipes.

Harvested and cooked correctly, you can make an endless number of tasty meals with wild food that will not only be delicious, but even richer in nutrition than a dish made from grocery store produce. And with countless websites and videos of recipes, it’s easy to find out how any given wild plant can be used in your home cooking.

All Brightly-Colored Mushrooms are Toxic

The fact is, there are plenty of very prized and extremely common edible mushroom species that are brightly-colored: Chicken of the Woods, honey mushrooms, and chanterelles are just a few examples.

There are dull-colored mushrooms that are poisonous, dull-colored ones that are edible, and brightly-colored ones in both categories as well. With a kingdom as diverse and vast as that of the magnificent mushroom, any generalization of this type is bound to be an unhelpful oversimplification at best.

All Wild Mushrooms Are Poisonous

This one just seems silly to me—after all, where do people think store-bought mushrooms come from? Humans certainly didn’t invent them, although we do cultivate them. Anyway, despite its clear logical absurdity, I’ve heard this myth uttered a surprising number of times. It’s total nonsense!

This myth is often perpetuated by short, lazy online “foraging guides” that try to generalize about qualities that most toxic plants allegedly have.

While well-intentioned, these lists are far too general to be helpful. They almost always include white, milky sap from broken stems as a red flag to watch out for that a plant is poisonous, but this advice is extremely unhelpful.

Case in point: the humble dandelion, one of the best-known and most plentiful edible plants in North America, exudes a milky sap from its stems when broken. Dandelions are a highly nutritious wild green, cooked or raw in salads, that is consumed across Europe and North America.

My advice would be to avoid any online advice lists that outline 5-6 “qualities of toxic plants,” as they are inevitably going to be unhelpful. The reason is simple: plenty of toxic plants won’t exhibit any of the qualities listed, and plenty of edible and very nutritious plants will! If you want to learn what’s edible, you’re better off just learning a few of the most common edible species in your area and going from there.

There are indeed many varieties of mushrooms that can make you sick. However, you won’t be affected simply by handling one. If you are very sensitive to the toxins, handling them and then putting your hand in your mouth before washing it could conceivably have an effect.

Although this type of poisoning is unlikely, mushroom knives should be washed after cutting an unknown species, and different bags should be used for collecting different types.

One big detail regarding this myth that’s worth mentioning: in the case of wild plants, there are types that can make you sick just by touching them! Poison ivy is a very common example but pokeweed roots, poison hemlock, and giant hogweed are a few others that can have an effect from touch alone.

I mentioned this one in my article about common survival myths, but it’s so pervasive and dangerous, I thought it warranted a brief repeat here. 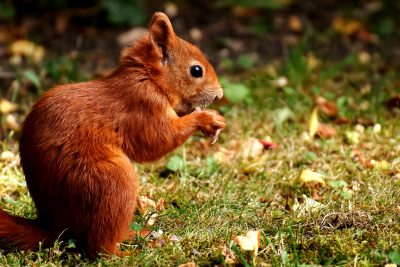 Just because a bird or animal eats a plant doesn’t mean that a human’s digestive system can handle it as well. Eating an unfamiliar plant or berry that you saw a bird eat might have been a tasty meal for the bird, but can make you very sick.

As you can see, foraging doesn’t have to be dangerous. Start with very easy plants and mushrooms that are hard to mix up, know what you don’t know, and slowly keep building your knowledge. If we left the wisdom of foraging only to “experts,” well, soon enough there wouldn’t be any foragers left!

After all, our ancestors taught their children which plants and mushrooms they could eat. Not because it was fun, but because their lives depended on it. But with modern industrial food, this wisdom is slowly dying off.

These myths are contributing to that extinction, but by debunking them, perhaps we can begin to re-kindle this knowledge both for fun, and to help create a better future for our children. 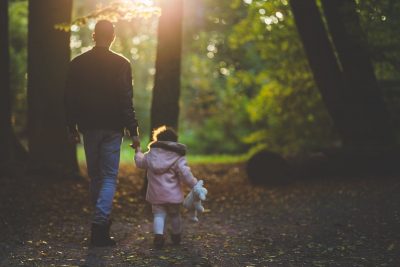 One where we are more connected to the earth, our food, and each other—even if we remain privileged enough to never have to forage for survival ever again.

What To Scavenge During and After Collapse and TEOTWAWKI