You may be used to hearing about preppers as a punchline in news articles. Surely you’ve also seen some preppers starring on shows meant to titillate the same viewers who like to watch TLC’s 90 Day Finance or the History Channel’s Mountain Men. The message is clear: preppers are meant to be gawked at. Further, they imply, our lifestyle is an outrageous overreaction. If the way the media depicts our choices was really how we all lived our lives, I suppose it would be outrageous.

Last year I wrote about how preppers are misunderstood in the media—perhaps even willfully. But lately, I’ve noticed a small shift. Yes, there are still eye-catching titles like GQ’s “The Apocalypse Preppers Who Think Coffee Will Save Them.” But read a little further, and you’ll find that the article isn’t actually meant to deride those of us who think caffeine withdrawal is a big concern when SHTF, at least not completely.

“If it sounds far-fetched to think that you’ll be concerned with your Venti half-caf caramel double-pump no-foam extra-hot latte when your first priorities should be finding food, water, and shelter, consider the bare minimum you require to function in a non-disaster scenario…Ditching coffee has some pretty gnarly side effects that’ll hurt your chances of thinking two steps ahead.”

Not only does the author, Cam Wolf, keep the exaggeration to a minimum, he even found practical, reasonable preppers to speak to about why they actually think coffee is important. Wolf researched the military perspective on coffee, dug into the science a little bit, and seems to have discovered that there actually could be a useful story here, not just a fluff piece meant to catch eyeballs.

At one point, Wolf even mentions that a disaster scenario doesn’t have to be apocalyptic for coffee to be useful. He interviews Joshua Zloof, founder of Sudden Coffee, about why his company makes freeze-dried coffee pouches. It turns out, his wife works in disaster relief and Zloof wants her to have a hot, comforting cup while she’s working. That might be the most reasonable, practical explanation of a prepper concept that I’ve heard from a mainstream news source.

It’s not just this article. Preppers have been getting great press all year. Yes, it usually comes with the liberal bias most media sources churn out, which about 50 percent of the preppers who read this won’t be particularly pleased with, but it is a start.

Consider the New York Time’s “British Hoarders Stock Up on Supplies, Preparing for Brexit,” published this October. Regardless of whether you would have left the EU or not, had you been in Britain’s shoes, there’s nothing wrong with preparing for supply disruptions during times of major change. The article brings up practical concerns, such as whether medication will be available and whether looting is a strong possibility. These are things any prepper in Britain should be considering.

Could it be that, as a collective, preppers are being taken more seriously?

As individuals, many preppers have seemed to earn the respect of a few major publications. Outside published an interesting piece called “The Best Survival Tools, According to Preppers.” NBC’s Better Network published an article called “How to Prepare for a Power Outage, According to a Professional Prepper.”

The interesting thing about both of these articles is that the authors position the preppers they consulted as experts. They acknowledge that some preppers are authority figures, who have something useful and interesting to say about survival that the more general audiences of these two publications could learn from. The implied accusation that usually accompanies these articles, that we’re all making it up as we go along, is completely absent from these pieces.

While the article in Outside only appeals to outdoor enthusiasts, the NBC article has a much wider audience. Everyone could use a little more power outage prep, it’s certainly among the most common SHTF scenarios we all prep for. To see that acknowledged in a mainstream news source is a welcome surprise.

Another unique take was Forbes’ “Be A Prepper: The Keys To A Digital Disaster Recovery Plan For Business Leaders.” Full of practical advice, the article talked about how small business owners can prepare for digital problems, a topic we write about extensively here at Backdoor Survival. It just makes sense.

The author, Tamara Patzer, inducts herself into the prepping community without much enthusiasm: “I like the idea of knowing that I don’t have to worry about cyber-hacker, zombie-apocalypse apps staking a claim in my backyard or in my computer communication devices. I guess I now can be called a prepper.”

There it is, someone at a major publication (that has nothing to do with survivalism) realizing that common sense digital security measures qualify as prepping and are important. Even though she still throws a zombie reference in there, I’ll take the article as a good omen. 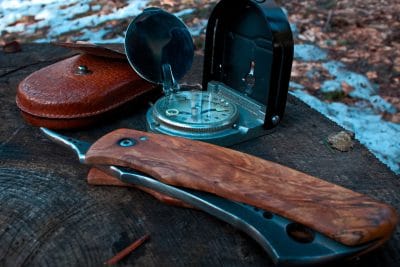 Prepping is Getting More Popular

There are also plenty of articles about the increase in prepping popularity. The Globe and Mail, Business Insider and ARS Technica have all written about it, although the Business Insider article is from 2014. The latter article focuses on the research of Michael Mills, who set out to understand prepping and to discover why prepping is growing, and, unlike many before him, did it honestly.

Mills told ARS Technica that prepper’s “concerns tend to emerge in response to numerous disaster risks that are widely reported and recognized in wider American culture.”

Mills argues that preppers concerns are natural, and spurred on by both the media’s coverage of natural disasters and by recommendations from Federal Agencies who want Americans to be prepared for those disasters.

His conclusion will impress you: “prepping is a phenomenon with clear, previously unacknowledged links to broader risk communications and concerns in the twenty-first century United States.”

If he’s right, and I think he is, it then makes sense that prepping is making a bigger impact in modern parlance. Boston’s Realestate.com could have titled their article “How to Get Your Home Ready for Winter.” But they didn’t, they called it “Your Guide to Prepping Your Home for Winter.” The word “prepping” doesn’t seem to be something the general public is ready to scoff at, not anymore.

Maybe this sudden seriousness that some media sources are lending to prepping isn’t a big mystery. Is this positive media coverage exposing more people to prepping? Or, is it possible that as more people pick up prepping, it’s becoming less convenient for lazy writers to pretend we’re all wild Doomsday Preppers?

No one is saying there aren’t crazy preppers out there. Just think about it this way: everyone knows about Bridezillas, but it doesn’t serve the media to pretend all brides are crazy. You can expect stories to pop up about the occasional selfish, over-reacting, emotionally manipulative bride that turns a lovely day into a nightmare for her whole family. However, because most people either have been a perfectly practical bride or know one, it would be hard for even sensationalist “journalists” to pretend that all brides are monsters.

Similarly, as more people look into prepping, or as they start to think about their first aid kit and canned good storage as “prepping,” it’s harder to assume that preppers are on the outskirts of society looking in.

How Do We Keep Prepping On Track?

Whatever first drove these more positive media pieces on prepping, they are sure to catch the attention of people who previously dismissed prepping as impractical. I imagine you’ll be hearing from more people who are curious about your prepping efforts soon.

If an influx of curious but inexperienced people will start heading our way asking for prepping advice, what should we tell them? And, how do we nurture the idea that prepping is a practical activity that most people can benefit from, without asking them to drain their savings account?

I think the answer to both of those questions is the same. Newcomers don’t need to hear about your 20 year dried goods supply or how you chose your perfect knife from the endless options online—no matter how practical those things may actually be.

The best thing for newcomers to learn about are the small steps they can take to be more prepared for the most likely SHTF scenarios to befall them. Teach them what to do if their car breaks down, their power goes out, or they lose their job. Introduce them to the core concepts, like bug-out-bags, water purification, and what a good first aid kit really needs. Those skills will see them through most disasters anyway.

Sure, it’s not our responsibility to be the PR department for prepping, especially not when a simple online search could tell any journalist that the movement isn’t as crazy as it’s made out to be. However,  when you get the opportunity to make someone’s life more secure because the media has changed their perspective on prepping, I encourage you to take that opportunity. The more prepared any individual is, the more prepared we are as a society, and that is in everyone’s best interests.

Looking for more commentary on prepping? Get Backdoor Survival LIFELINE!

How to Make a Snare Trap to Catch Food

Survival Nutrition 101: What Is Bio-Availability?

5 Responses to “Is Prepping Becoming Mainstream?”