While preppers are always talking about how to start fires—what about putting one out? Are you prepared to fight a fire that breaks out in your home?

We’ll explore the best fire extinguishers to have on hand, no matter what type of fire you face. We’ll also discuss if there is anything you can do if a fire breaks out when emergency help isn’t available.

The Fires Preppers May Encounter

Everyone may deal with small fires in their kitchen from time to time and can rely on fire departments to deal with them if they get out of control.

But the recent fire in Brazil that completely destroyed a national museum is a stark reminder that the authorities aren’t always properly prepared for fires. The museum had not yet been equipped with a sprinkler system, according to Reuters, and the nearby fire hydrants didn’t have any water, so the firefighters had to supply at a lake.

While our government isn’t facing the financial struggle of Brazil, it’s still important to realize that we rely on the municipality to keep the fire hydrants in good working order and the state to give the fire department enough resources to respond to our calls. And, we should be prepared to handle a small fire that, say, develops in our kitchen before it turns into something major.

Preppers, in particular, may stockpile gasoline or other flammable materials that require special fire extinguishers. And, if you live out west you may also deal with wildfires.

Of course, these fires are not something you could even attempt to fight on your own. In these instances, you must evacuate, and remember that the smoke from the fires is as much a danger as the flames themselves. We’ve written a lot about prepping for forest fires. But this article will focus on dealing with small fires in your home, garage or car.

How to Fight a Fire

If society is functioning and a fire breaks out the first thing you should do is always pull the fire alarm and call 911, or contact the emergency line of the fire department in your country. If you can, you should help evacuate anyone who might be in danger, including those with mobility issues, children, the elderly, etc. Only then should you attempt to fight a fire, because if you fail and those people are still in the building they will be in serious danger and you may no longer have time to help them out. 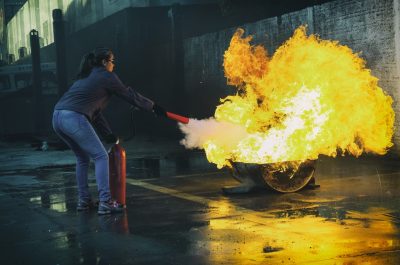 After all of that, according to FEMA, you should still only fight a fire if: 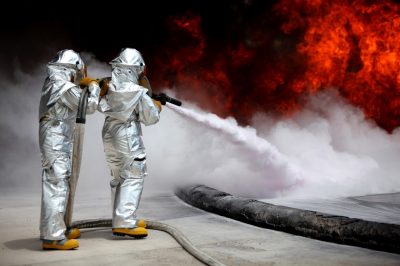 We’ll be using FEMA’s classification of fires as it is the most widely used.

Class A fires are the kind of fire that immediately come to mind. They’re fueled by wood, fabric, paper, rubber, and a few plastics. A campfire is a Class A fire. You can remember this by thinking of A for “ash,” which is what these fires leave behind.

Class B fires are caused by gas and other flammable liquids. Petroleum products, oil-based paints, alcohols and solvents all create Class B fires. Grease and oil are Class B fires unless they are from cooking, in which case they are Class K. If there is a fire at a gas station, it’s probably a Class B fire. It’s B for “barrels” as in oil barrels.

Class C fires are fueled by electrical equipment. If your computer catches fires, it’s probably a Class C fire. Motors, appliances, transformers, and other power equipment are all potential sources of Class C fires. This one is C for “current,” as in electrical current.

Class D fires are probably the rarest fires the average person might encounter. They deal with combustible metals, including sodium, lithium, titanium, magnesium, potassium, and zirconium. The memory device for this type of fire is D for “dynamite.”

Class K fires are from cooking oils, greases, and fats. If your stove-top is on fire, it’s likely a Class K fire. Remember that K is for “kitchen.” 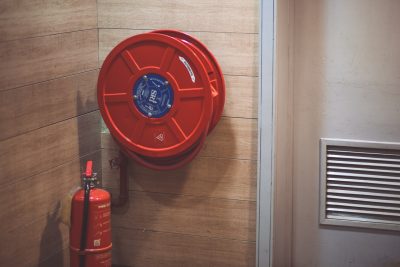 Most organizations will recommend that you have an ABC fire extinguisher for home use. These are either dry chemical or clean agent fire extinguishers. They don’t have a water or wet component, because they would then not be safe for Class C fires.

Remember you shouldn’t fight a fire unless you know what is fueling it.

The Best Fire Extinguishers for Preppers 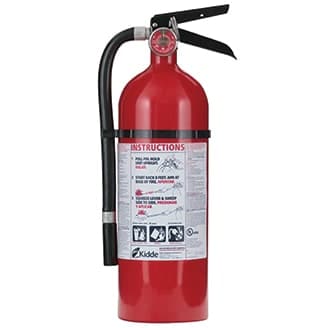 This fire extinguisher is a dry chemical agent that will handle A, B and C fires. It’s lightweight with 4 lbs of chemical but large enough that it can put out a substantial fire. It has a built-in pressure gauge. You can wall mount these or they can fit inside a cupboard.

Using an ABC fire extinguisher of your car or other equipment can damage your engine. For you car, farm equipment, a generator, or other engines, use this small but safe extinguisher instead. There is a larger but more expensive version of this extinguisher that you can invest in if you foresee a large car fire or have a lot of equipment. 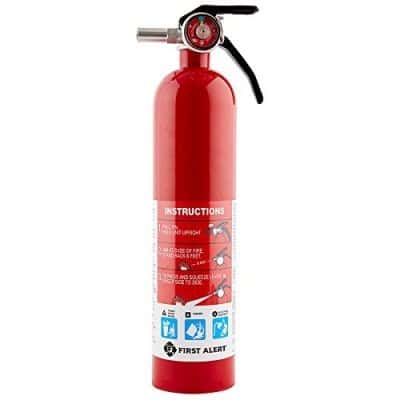 This ABC fire extinguisher is smaller than most and so it will take up less room in your pantry, or bug out vehicle. It’s one of the most affordable fire extinguishers, so if you need a few they may be a cost-effective option for you. They can be refilled, but again it may be more cost effective to simply purchase a new one after you use it. Also, don’t expect this smaller extinguisher to last a long time or deal with larger fires. 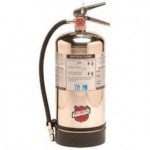 Those who process their own lard, who fry their food or who are far from a fire department may need a fire extinguisher that handles Class K fires, intended for commercial kitchens. They work by putting a wet chemical in between fuel and oxygen so that the fire can’t access both, and therefore dies out. This Class K fire extinguisher from Buckeye is large and powerful at six liters. It can be wall mounted and it can handle Class A fires as an added bonus. It’s wet chemical, which means you can’t use it on electrical equipment, so you should not rely on it as your only fire extinguisher.

If you store flammable metals or produce metal bits/shavings in your garage, you need to have a fire extinguisher that can handle Class D fires, as metal dust may catch on fire. These types of fire extinguishers are rarely available from your average home supply store. This particular extinguisher keeps you far away from the flames and gently disperses the powder so as not to spread the flames.

If emergency help isn’t available, fires become a lot more dangerous. Before fire departments were a thing, and before the electrical equipment was developed with fire safety in mind, fires would routinely burn down homes and neighborhoods.

If a small fire gets beyond the reach of your fire extinguisher, and you don’t have enough people to gather water and put it out, you need to evacuate the surrounding buildings, not just the building the fire is in. We forget (especially where wildfires are few and far between) how easy fire spreads because modern firefighters are so good at preparing nearby buildings to reject flames.

Do what you can to put out fires when there is no emergency help, but remember that evacuating people should come first.

Remember, fire extinguishers have expiration dates and need to be regularly checked for pressure. If your fire extinguisher doesn’t have a built-in maintenance tag, create a sheet to keep track of when you last checked it and what it’s pressure was at. Also, don’t forget that there are other things you can do to prepare your home for a fire.

Cooking Off Grid With a Wood Burning Stove

What You Need to Know About Expired Prescription Drugs

How to Prep for Feminine Hygiene Needs