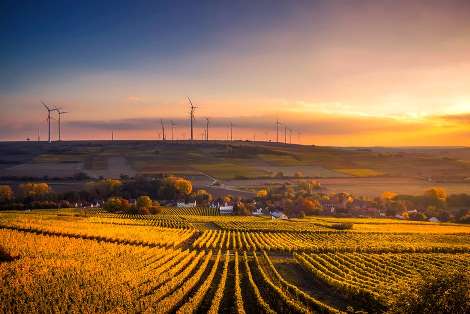 This post is part my wandering thought process about food production/distribution during a large-scale societal collapse and part a request for feedback/ideas. This is one of the benefits of writing to an audience such as this – free advice. I’m generally more of an opinion and thought-based writer than I am an advice-giving writer. For that reason, I’m quite comfortable asking for help.

I’m writing a book, you see, and while I like to think I know something about prepping on an individual and familial basis, I’m not going to pretend I have an understanding of large-scale food production and distribution. This is the area I could use reader help with. Readers of Backdoor Survival, it seems, a trend toward homesteading as much as they do prepping, so I think I’m asking the right audience.

Without trying to give too much of the plot away, there unfolds a scenario in which states become (largely) dependent on food they can produce within their own borders. This is but one part of a much larger story, but it’s the area I need help with the most. How would this play out?

If I go back in time to look at the history of agriculture in America, it’s easy to see that early in our history it would have been easy for states to meet the food demands of its citizens. As technology progressed, however, things changed. Over time, farming gravitated less toward local farms and more toward corporate agriculture. The death of the family farm has been written about many times.

I saw this happening firsthand just over a decade ago as the real estate boom occurred. Farmland became less valuable for its crop production and more valuable for its development potential. Couple that with an exodus of kids not wanting to take over the family farm (and many other factors), and you had older farmers selling their land to developers. Farm fields increasingly gave way to subdivisions.

I’ve long wondered how our existing food production and distribution system would fare under a nation-wide collapse scenario. The Midwest is known as the breadbasket of the nation, but it’s largely dominated by massive farms, corporate agriculture. How would that food get distributed in a widespread catastrophe? Taking a look at the grocery store, there is equal concern around the sheer number of foods available from outside the country.

This leaves me wondering, how would a state such as Maine, Alaska, Florida – take your pick – fare in a situation where citizens only have access to the food produced within their own borders (or close to home). The era when you could go just outside town to get food from your local farmer or get the food from your own farm, are largely over. Those remaining local farms would be absolutely flooded with demand in any collapse scenario.

So (self-serving now), I’m looking for people to chime in on how that would play out, for purposes of my story development. Each state is going to be different, of course, but I am still curious to hear what people think. Maybe I will pillage thoughts here to include in the story.

Following are some specific questions I am wondering about, but what am I not thinking of? Any comment is welcome.

Let any response wander as your mind does. There is no clear answer to any of these questions, or to the questions, I’m not asking that you’re thinking, but you may have ideas just the same.

AND, if you’re particularly knowledgeable on this subject, I’d love to you have as a volunteer beta reader for my book before it goes to publication.

BTW, I could also use beta readers with recent military backgrounds.

What Every Prepper Needs to Know About Hypothermia

32 Responses to “Feeding People in the Era of Corporate Farming”