Millenials (Generation Y), the iGen generation, and younger people in general seem to be taking a beating in many studies and news reports. Entitlement and fragility seem to be a recurring theme. I haven’t been around that long (Gen X here), but I’ve been around long enough to see each new generation get critiqued by the preceding generation(s).

Fair? I don’t know, but I find myself doing the same thing at times, particularly when it comes to prepping. “Prepping” in this case, isn’t the accumulation of beans, bullets, and Band-aids, but mindset and fortitude. These are the areas where younger generations seem to be struggling. 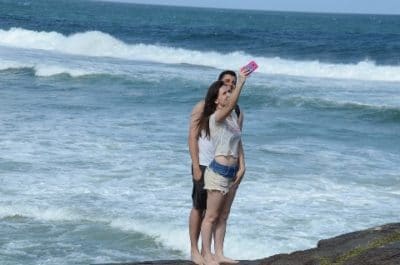 Psychologists say more and more young people are entitled. This type of thinking presents a serious problem when hoping to build a culture ready to face unforeseen challenges . I don’t need to make the case to this audience that the fabric of modern society hangs on a thread.

Nuclear threats, a fragile electrical grid, just-in-time delivery of our food, economic unraveling, etc. – take your pick of threats that most people – beyond preppers – think nothing about.

Instead of turning toward personal responsibility and hard work ethic, America’s youth seems to be turning toward what others owe them. Under this belief system, where is the incentive to build and create what you want on your own? This is an essential life skill and personal attribute, let alone a key to the prepper mindset.

Couple a sense of entitlement with an easily-offended, fragile mindset, and you have a double whammy. You can see it everywhere today. College students need “safe spaces” where they can retreat to if a conflicting view or stance causes them unease. Isn’t that one of the very points of college – to hash concepts out? The term “snowflake” is being used for a reason. Granted, it can be a politically charged term meant to discount a liberal’s stance on some issue, but there is also an element of truth to it. If college students at Cornell have a “cry in” and use Play-Doh as therapy after a Trump victory – is it not fair to call them fragile? I can understand being angry if your side doesn’t win, even said, but a cry in with Play-Doh?

Now I see complaints about the new Huckleberry Finn movie adaptation incorporating the “N word.” This is a prime example of the problem. Whether the complaints are attributable to newer generations or not, I believe it’s likely. People today are so ready to pounce on any seemingly racist issue that they lose the bigger picture. The bigger picture, in this specific case, is that Huckleberry Finn is a satire AGAINST racism. Using the “N word” is exactly how people spoke then (and some do today). “Protecting” people from its exposure doesn’t help anyone. Read: I’m not advocating people start using the word – it IS rooted in racism and it IS a terrible term – but if we’re so quick to shout it down in the context of a movie ABOUT racism (and slavery), what good does that do anyone? Fragile mindset.

Compare these generations to the ones before us, where hard work and a strong sense of independence were the dominant traits. You wanted something – you went out and made it happen.

What would happen to newer generations in a severe economic downturn? Entitlement leads to increased levels of depression when we expect X but get Y. What would happen in a societal collapse when these generations see and hear things that are … more than offensive? Would their minds break?

Prepping is more than the collection of goods. It’s the building of skills. It’s a proper survival mindset. Indeed, the next generations could be the least prepared generations … ever.

Exploring Civilian Body Armor Options For Prepping, Survival, and Beyond

Best Prepper Recipes Ideas: What to Do with Stockpiled Food

4 Secrets to Becoming a Successful Gardener

14 Responses to “Entitlement Attitudes, Fragile Mindset, and the Next Generation of Preppers”