Three weeks ago if someone mentioned a CME was on its way I would have looked at them with a raised brow and a questioning look, not even pretending to understand.  For the uninformed – as I was until a week ago – CME stands for Coronal Mass Ejection.  In simplistic terms, this refers to large plasma ball full of charged geomagnetic particles that is emitted by the sun.

So why should we care?

Well for one, by the time you read this or shortly thereafter, a large solar strike may hit earth with the potential to disrupt our daily lives in an unpredictable manner.  You see, from what I have discovered, scientists are now anticipating if not predicting a high-consequence, low-frequency event.  Or what, in layman’s terms, we call a 100 year storm. 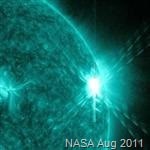 NASA astronomers report that the sun is entering the most violent period of its normal 11-year cycle. This interval of high activity, called the solar maximum, is expected to peak in 2013.  Will 2013 be the 100 year event?  Who knows.  What we do know is that in the meantime, we are starting to experience the precursor to the big event now and that scientists expect this latest solar burst will ultimately trigger one of the most violent geomagnetic storms ever recorded.

According to Popular Science, a direct hit from one of these once-every-100-year CME’s would travel to earth at up to six million mph and could arrive in as little at 18 hours.  Along the way, it would produce shock waves that could damage satellites and emit a high level of radiation to everything along its path.

Think about that:  18 hours.  That does not give us much time to prepare if we are starting from ground zero.  And what will happen on  the 19th hour?  Here is spinoff:

Lights:  Blackouts and brownouts could affect hundreds of thousands or even millions of people and leave them in the dark for an extended period.

Transportation: Traffic signals will malfunction and without power, gas pumps will not work.  Public transportation will come to a standstill.

Water:  If the water pumps fail, there will be a dangerous backflow through the pipes resulting in bacteria and other forms of contamination.  There may not be adequate potable water, even if filtering systems are available.

Food:  Without power, fuel and transportation, the grocery shelves will be empty within days.

Communication:  The communication satellites will be toast.  Don’t count on your cell phones or land lines working.  There will not be much you can do about this so be aware.  You might want to befriend your local ham radio operator (or, in preparation for 2013, become one yourself).

Health and Medicine:  Medical facilities and hospitals will suffer as their backup generators run out of fuel.  People will die if the power goes down for a prolonged period.  Let us hope that this does not happen.

Civil unrest and chaos:  People will be angry, frustrated and fearful.  They will take to the streets.

With the potential of the power grid being either down or flakey for a while, make sure that your preps are in order.  Specifically: 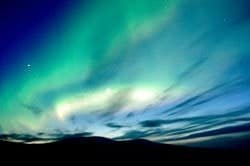 And from the not so bad news department:  Another side effect of this latest CME is that the Northern Lights, normally confined to polar latitudes, may produce dazzling displays as far south as the state of Florida.  Now that would be a sight to see!

Wondering what NASA is doing about this? You might find this article from PC Magazine interesting: How NASA Is Preparing for the Next Solar Flare.

Get Prepared With An Emergency Car Kit: The Ultimate Car Go Bag

16 Responses to “What is a Coronal Mass Ejection and Why Should You Care?”