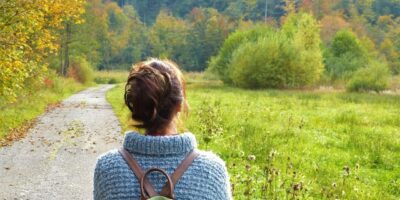 Making Bread in a Breadmaker is Not Just for Wimps

At the risk of being accused of selling out to the world of electronic gizmos, let me say this: Bread making using an automatic bread maker is nothing to be ashamed of. And, as a matter of fact, using a bread machine can easily and reliably deliver healthy, wholesome bread for minutes of your time and pennies instead of dollars.

A Bit of Ancient History

I purchased my first automatic bread machine over twenty years ago when they were the latest new-fangled kitchen appliance. In those days, the only recipes available were those that came in the skinny little user manual that came with the machine itself. So early adopters such as myself had to learn the ropes the hard way: we invented them ourselves.

There was no internet in those days (circa 1990) but there were online services such as Prodigy and that is where like minded bakers would congregate and share bread making tips as well as our custom crafted recipes. For me it was a hobby and a delicious one at that.

My first machine was a Hitachi B101 which I purchased at Costco for about $200. It produces a tall skinny loaf with a domed top. Not real pretty to look at and tough to slice but heck, the results smelled and tasted delicious.

About ten years later I purchased a more compact machine for use on my boat. Let me tell you, there was nothing like sitting out at anchor with the generator quietly running and the aroma of fresh baked bread baking. I still have that bread machine, the Oster 2 lb. ExpressBake Breadmaker. Until about a month ago, it was gathering dust in my garage.

The Return of the Bread Machine Maven

Last week I shared a recipe for making a fruit liqueur using up all of those end of season fruits. Oh my gosh – I received a ton of e-mails. That made me realize that I have been slacking on my goal of providing articles relating to a stylish, yet frugal lifestyle. Also as I wrote last week, it reminded me that we all need to take a break from our prepping to do something fun, something interesting, and something just for the heck of it.

This week’s “embrace the moment” article will be spent making some homemade Kahlua coffee liqueur. And boy is this good. I first made this when I was in my early twenties. My neighbors at Empire Estates (if you lived in Seattle in the 70s you will recall this apartment complex) gave me the recipe and rest is history.

I am also sharing my recipe for a killer, Kahlua pound cake. Yummm!

A Bushel of Fruit-Time to Make Some Homemade Liqueurs

Let’s have some fun today. Depending on your frame of mind, alcohol, be it wine, beer or the hard stuff, is a necessary component of the survival pantry. And even if can not or choose not to drink alcoholic beverages, spirits are useful as a barter item.

So how about some homemade fruit liqueurs? Creating homemade liqueurs if super simple. Here is the basic recipe:

1 pound berries or fruit, mix and match ok
3 cups vodka or brandy; the cheap stuff is fine
1 to 1 1/4 cup sugar; you can always add more later

What? You were expecting more. Truly, that’s it. Here are the instructions:

How Much Food Do You Need?

You have probably asked yourself: Just how much food should I store for my family’s long term storage needs? There is no single best answer to that question since everyone’s personal situation is different. Still, it is nice to have a set of guidelines from which to start.

Today I would like to introduce you to The LDS Online Food Storage Calculator. Using this calculator, you can determine the amount of food your family will need to store away for a given period. All you need to do is enter the number of adults and children in your family. Press “Calculate” and like magic, the recommended amounts by category appear on the screen.

The amounts you will be presented with are for a year – buck heck, that is a lot of food to purchase if you are just starting out. My suggestion is that you take that amount and divide it 12 to get a monthly amount or by 52 to get a weekly amount. Why? I don’t know about you, but for most people, putting together a monthly supply of provisions is far more manageable than looking at the requirements for one year.

So how much food would 2 adults need for 30 days? 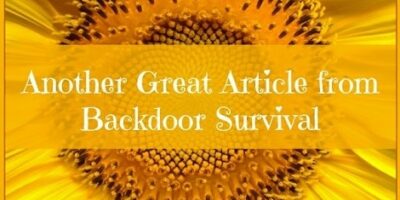 Yesterday I wrote about cooking dried beans. I was able to prove to myself that preparing delicious beans was really possible without using a can opener. And talk about thrifty! When purchased in 50 pound sacks, the cost is just a tad over 50 cents a pound.

But long term storage of that many beans is an issue. Many sources will say that the shelf life of dried beans is about a year but in reality, the self life can vary according to room temperature and other variable.

As beans age they lose their oils, resist water absorption and won’t swell. Worst case, they must be ground to be used (and thus you will commonly see uses for “bean flour”). Storing beans in nitrogen helps prolong the loss of these oils as does cool temperatures. Hermetically sealed in the absence of oxygen, the consensus is that you can plan on a storage life of 8-10 years at a stable temperature of 70oF and even longer if stored at cooler temperatures.

Okay, sounds good, especially since I already have a Food Saver . But, as I learned during my foray at Bean Storage University, the standard food saver bag is not enough. I need some Mylar bags and oxygen absorbers .

The following video is great. Although it is kind of long, it shows you how to easily pack up those beans for long term storage and is definitely worth the 8 or 9 minutes to watch.

Survival Woman learns to cook dried beans and you should too

While having dinner with friends last week, the conversation came around to emergency food storage and, more specifically, beans. The consensus around the table was that beans were a great item to have stashed away in our pantries but that cooking dried beans was a pain in the arse and not altogether something we wanted to do.

Well I needed to chew on that one (and no, I am not referring to tough cooked beans.) I had been harping on S.H. for awhile asking him to keep an eye out for canned bean bargains during his weekly foray to the big city.

Now wait just one darn minute. I can cook beans. I know I can. Just how hard can it be?

How easy was it? I used the “quick soak” method described below and they were perfect.